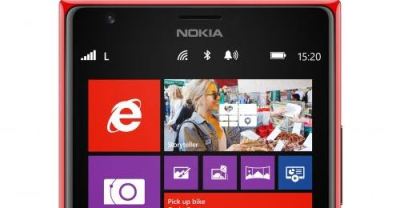 Source: Thinkstock
With the market moving ever higher, albeit in fits and starts, stock prices seem to many investors as though they may be getting a little bit rich. With a price-to-earnings ratio close to 18, which is historically high, it might be time for dedicated equity investors to look at out-of-favor stocks and other uncorrelated sectors as a good place to rotate profits or new capital. In a new research report, Credit Suisse spotlights 32 stocks it named as being “out on a limb” contrarian ideas.

The Credit Suisse report examines stocks in which the firm’s analysts are not in sync with the consensus view on Wall Street. They have zeroed in on companies they feel have opportunities others do not fully appreciate now. We chose five of these that look like they have solid upside potential and relative value versus the market. These were also better known companies than some of the smaller contrarian picks from Credit Suisse.

This former mega-cap European stock leader completed the sale of its handset business to Microsoft in April of last year for what was considered a low €5.5 billion (around $7.5 billion). Even though it sold a business representing half of its sales, and some analysts howled at the price, the company has started to fight back on its own with new products based on the Android platform, and some on Wall Street see the weakened euro as a tailwind for the company.

The Credit Suisse price target for the stock is $9.96. The Thomson/First Call consensus target is at $9.41. Shares were trading midday Wednesday at $7.93.

Symantec investors are paid a solid 2.5% dividend. The Credit Suisse price target is posted at $30, while the consensus target is at $25.09. Shares were trading on Tuesday at $23.92.

Tesoro is somewhat of a surprise as a contrarian pick, as the refining industry has been on fire. Still, the broader oil and gas sector has been in the gutter. The company is an independent refiner and marketer of petroleum products. Tesoro, through its subsidiaries, operates six refineries in the western United States with a combined capacity of over 850,000 barrels per day and ownership in a logistics business, which includes a 36% interest in Tesoro Logistics and ownership of its general partner. Tesoro’s retail-marketing system includes over 2,200 retail stations under the ARCO, Shell, Exxon, Mobil, USA Gasoline and Tesoro brands.

Tesoro investors receive a 1.8% dividend. The Credit Suisse price target is $125. The consensus is set much lower at $99.42. The contrarian call may be the much higher price target itself — shares were last seen at $93.80, and that was after a 3.8% midday gain on Wednesday.

This leading integrated steel producer is a Fortune 200 company with major production operations in the United States and Central Europe and an annual raw steelmaking capability of 24.4 million net tons. We recently made the case that the steel and metals sector might be trying to form a bottom.

Some steel tariffs have been imposed as major steel companies had complained of unfair trade practices. This, combined with a pickup in economic growth, could provide an impetus for this iconic American producer.

Wal-Mart made a big splash recently when the giant retailer raised the wages of approximately 500,000 of its employees by lifting its base wage to $10 by 2016 for current workers (and to the same rate for new hires after six months training). The company, which is the largest employer in some states, has been under fire for some time over employee pay, and this action was a very positive note.

While many Americans are seeing a bump in their take home pay from lower prices, discount stores are still a huge draw for bargain shoppers, and Wal-Mart is the biggest of them all. Having traded off sharply since January, this may be an outstanding buy at current levels.

Wal-Mart investors are paid a solid 2.38% dividend. The Credit Suisse price target is $95, much higher than the consensus target of $84.50. Shares were trading on Wednesday at $82.28.

The Credit Suisse analysts are clearly more positive on these stocks than their Wall Street peers, as evidenced by the price targets. In a pricey market, it makes very good sense to hunt for value, and these stock picks could provide just that.