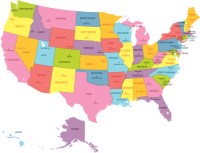 In each state, there is one company that employs the most people. As a state’s largest employer, the company may have a disproportionately large impact on its economy as well as on the surrounding region. 24/7 Wall St. reviewed data from a range of sources in order to identify the largest employers in each state.

Click here to see the largest employer in each state.

Wal-Mart is the only company to claim the top employer spot in more than one state. In fact, the nation’s largest retailer employed the most people in 20 states.

Educational and medical institutions also frequently top a state’s list of employers. The most common largest employer across the 50 states, after Wal-Mart, was the state’s university system. Educational services dominated statewide employment in 13 of the states. The largest employer in 11 states was health care and social assistance institutions.

The largest employer in each state also tended to serve and employ people from the surrounding region, if not across the nation. The total headcount for these large employers often far exceeded the statewide headcount.

To determine the largest employer in each state, 24/7 Wall St. looked at employment figures for nonprofits and private and publicly held companies based on company press releases, government data, business journals, and local media reports. We excluded military bases and other federal and state government employers, with the exception of state universities, which were included.

These are the largest employers in each state.