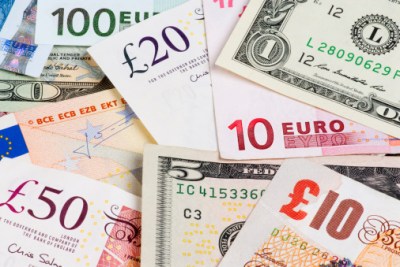 Source: Thinkstock
There is a new exchange-traded fund in town, and it is a mouthful to say the least. BlackRock has launched the iShares Currency Hedged Global ex-USD High Yield Bond ETF (NYSEMKT: HHYX). This new ETF aims to take on the international junk bond market, with some hedging for currency risks.

It seeks to track the investment results of an index composed of euro, British pound sterling and Canadian dollar denominated high-yield corporate bonds. It also seeks to limit currency exposure to fluctuations between the value of the component currencies and the U.S. dollar.

BlackRock’s iShares site showed a very interesting view here. The diagram represents the hedged returns for dollar-oriented investors on an international basis versus the unhedged returns. Those go back only to January of 2014 and were as of May 31, 2015, but the numbers are staggering.

24/7 Wall St. would remind readers that when those currency winds ultimately change, the currency hedged returns in dollars will end up being much less when the yen, euro, and other key currencies rally against the U.S. dollar.

This looks like an interesting ETF for investors who want high-yields available internationally but who just do not want the added currency risk associated with that asset class. 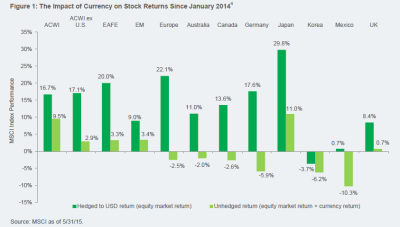