What stands out now is that when analysts issue Buy and Outperform ratings on Dow and most S&P 500 stocks, they generally are looking for a total return of 8% to 15%, if you include the dividends. The 8.4% expected gain for the Dow in 2017 uses all analysts, regardless of whether they issue Hold/Neutral or Sell/Underperform ratings.

At the start of 2016, the pool of analysts was calling for gains in all 30 Dow stocks. That did not quite come true, and some of the individual stock assumptions were way off. The calculation for the Dow upside in 2017 actually has the price already above the consensus analyst price target, even including the dividends. In 2015, 14 of 30 Dow stocks had negative total returns, versus just two in 2016.

This bullish and bearish projection has brought positive insight in years past. The 24/7 Wall St. peak DJIA calculation for 2015 was for a 7.4% gain to 19,142, but the Dow fell by 2.2% instead in 2015. The Dow peaked at 18,351, for a shortfall of almost 800 Dow points. What occurred in 2016 was odd in that neither Clinton nor Trump were used in 2016’s forecast. Here is how using the Dow projections and applying a mean percentage of a total return for each Dow stock has looked during the bull market of 2010 to 2015:

There are a lot of things that have to go right for the Dow to hit 21,422 in 2017, but this is a lower bar than we have seen in many of the more recent years. Stay tuned for periodic updates to the Dow forecasts for 2017 and beyond. 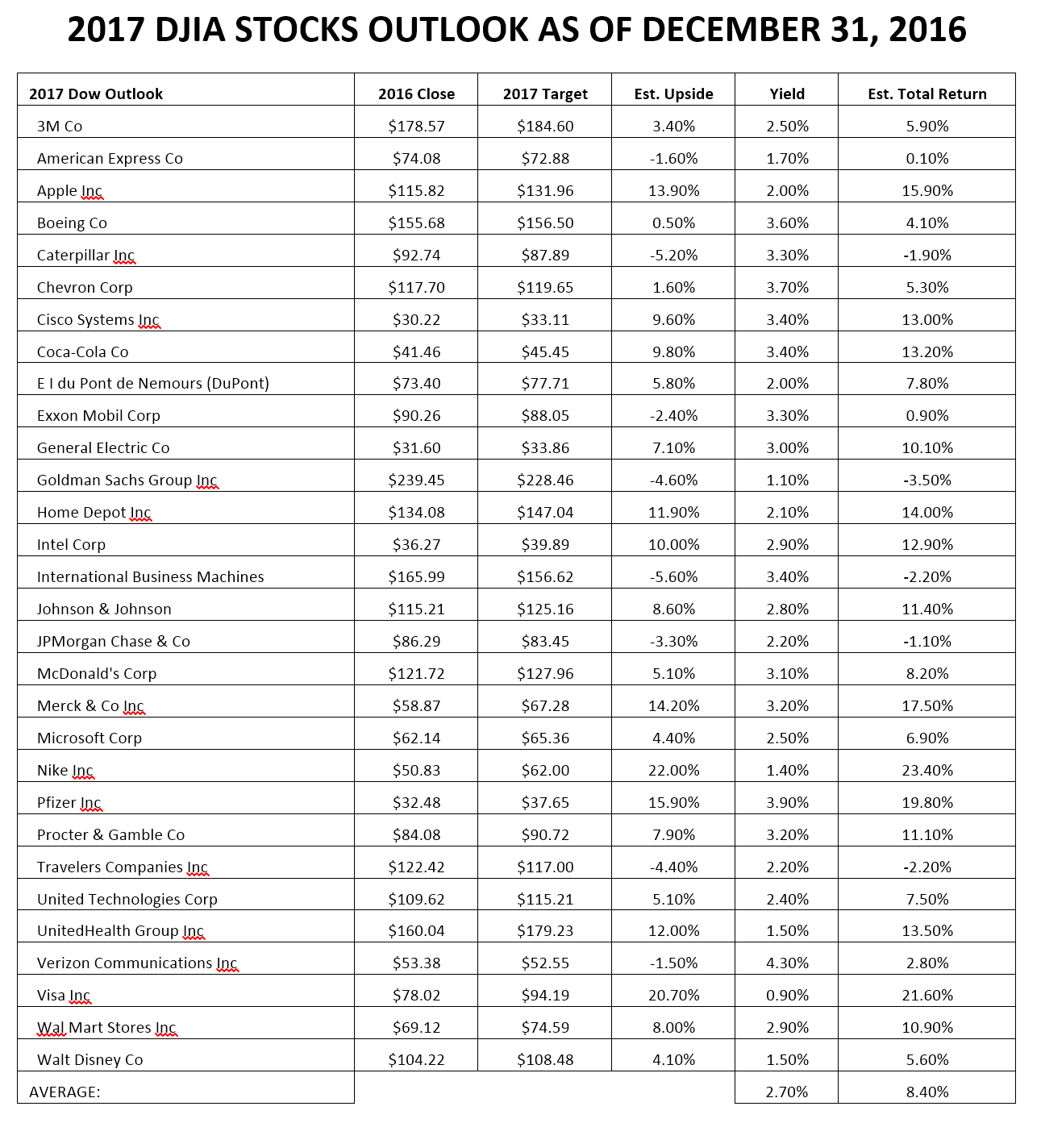