UBS Signals Stronger European Corporate Profits Than US in 2017 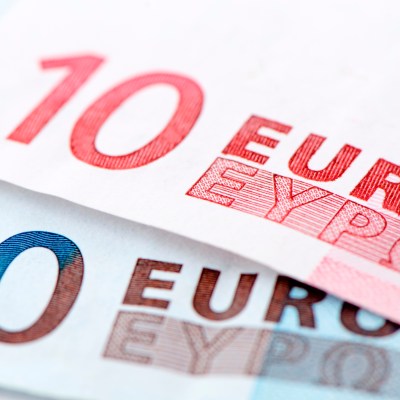 Source: Thinkstock
It is no secret that there is a raging bull market right now, and 2017 has only been an accelerated year within that long-term recovery after the Great Recession. Pro-business regulations and policies are driving many of those gains in the United States, but there is also a global growth story that has been running side-by-side with the story in the United States.

If a report from UBS proves to be true, U.S. investors are going to be surprised to learn that the big public companies in Europe are set to outpace the growth of U.S. corporate profits in 2017 as a whole.

What would stand out about the projection for European corporate profit growth is that this would be the first time in a decade that Europe has managed to grow profits faster than the United States. After all, the U.S. has not been building upon its currency by including weaker nations, and outside of a few weak spots we don’t have the PIIGS holding the United States back.

After consensus estimates were dialed down to 12% profit growth in Europe, UBS puts earnings growth of U.S. companies at 12.8% in 2017, besting the view that U.S. profit growth will be 9.6% this year.

It was just back in May that CNBC reported corporate profits were up 15% for the best reading in years. That being said, the St. Louis Federal Reserve branch’s FRE reported a downtick in second quarter after-tax profits on a seasonally adjusted basis.

What may matter to investors here, in light of the notion that U.S. equities and the three largest major U.S. stock market ETFs are all trading at all-time highs, is that the SPDR Euro Stoxx 50 ETF used to trade up at $65.00 at the peak in 2007 before the recession and the European debt crisis wiped out the ETF. Also worth noting is that the ETF’s chart shows a panic-selling bottom closer to $24.00 in 2009.

If earnings growth is now looking stronger in Europe than in the United States, and if the solid valuations of European companies are frequently lower than that of their U.S. peers and competitors, imagine what investors might think knowing that the European version of major market ETFs is up “only” 72% from its bottom versus gains of well over 200% for the Dow and S&P ETFs.

The UBS investor outlook for 2017, which was prior to the ECB’s announcement on quantitative easing, specified that investors should focus within Europe and the eurozone (Overweight) versus equities the United Kingdom. That prior October report even said:

Due to their cyclical sector exposure, Eurozone companies particularly are benefiting from the global pick-up in economic activity this year. While the rapid rise of the euro (EUR) has been a concern for investors, this advance did not continue in September. On the other hand, the British pound (GBP) strengthened significantly after the Bank of England signaled an interest rate hike in the coming months. This put pressure on export-oriented UK stocks. We maintain an overweight position on global equities against US government bonds.

Investors may not recall from the prior October report from UBS that eurozone stocks are now supported by a “vigorous” regional economy and by rising corporate earnings after prolonged stagnation. The firm’s view was that solid global economic growth would also bolster eurozone stocks due to their cyclical sector exposure.