McDonald’s Corp. (NYSE: MCD) has been among the American companies that pay its workers the least. As some evidence of the ongoing pay problem at the fast-food chain, the U.S. Securities and Exchange Commission has released the compensation of McDonald’s CEO Stephen Easterbrook. He was paid $15.9 million in 2018. That is 2,124 times the median employee salary of $7,473. It means that Easterbrook, who has been CEO since 2015, earns in an hour what it takes a median employee to make in a year, according to data from public company intelligence firm MyLogIQ.

Easterbrook’s pay ratio is the sixth highest among chief executives included in MyLogIQ’s data. In our earlier report on the 100 highest-paid CEOs, Easterbrook was number 57. It is not the first year he has been paid well. He made $21.8 million in 2017.

McDonald’s has approximately 210,000 workers worldwide, and over 36,000 locations. In its recent proxy statement, the company said that its median employee in 2018 was a part-time restaurant crew employee located in Hungary. The company had revenue of $21 billion last year, down 7% from 2017. Net income was $5.9 billion, up 11%.

McDonald’s has been criticized for its low levels of compensation. It trumpets that the corporation pays workers at the stores it owns earn more than $10 an hour, but the company does not set pay levels at its franchisees.

The U.S. Department of Labor recently proposed rolling back an Obama-era regulation that would have held McDonald’s and other franchisers liable as “joint employers” for violations of federal minimum wage laws. Under the Trump administration proposal, franchisers would essentially be exempt from any joint-employer liability. Of McDonald’s reported total 2018 store count, the company owns just 2,770 of its 37,855 global stores. The remaining 35,085 (nearly 93%) are franchised.

McDonald’s recently said it would stop lobbying against pay increases and would even support increases in the minimum wage. That’s no great concession by the company. About 90% of its stores are franchised, meaning that under the proposed regulations McDonald’s would not be involved in paying the higher wage. 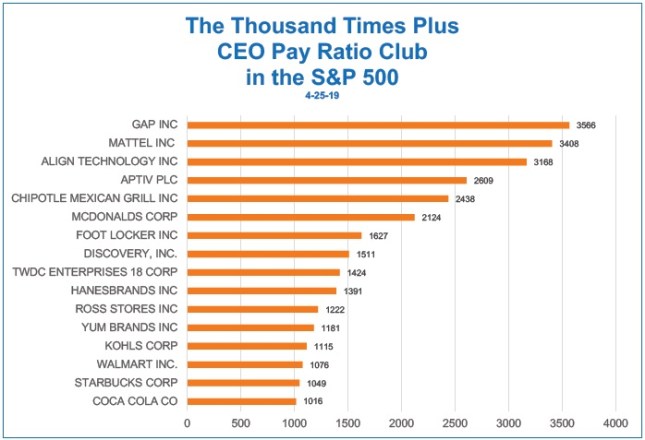