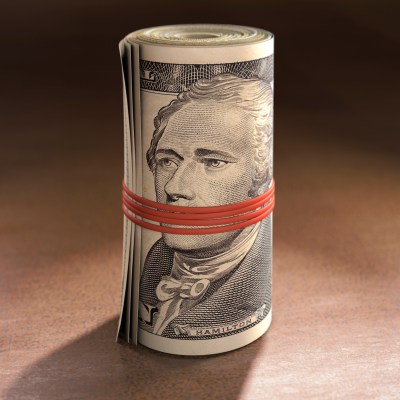 Source: Thinkstock
Amid soaring corporate profits and stagnating worker wages in the past decade, growing numbers of low-wage workers are demanding higher pay. In the wake of intensifying debates over income inequality, the Securities and Exchange Commission (SEC) approved a rule in August that will require publicly traded companies to document the ratio of their highest-paid employee salary to that of their typical worker.

The nation’s lowest paying companies frequently operate within one of three industries: restaurant chains, department stores, or hotels. These industries fall into two sectors, leisure and hospitality and retail trade, which, according to the Bureau of Labor Statistics (BLS), account for more than 70% of U.S. workers paid at or below the minimum wage of $7.25 per hour.

Click here to see the lowest-paying companies in America.

In an interview with 24/7 Wall St., David Cooper, senior economic analyst with the Economic Policy Institute (EPI) said, “Typically, jobs in these industries are lower skilled jobs and require low levels of education.” Partially as a result, there are usually large pools of available workers who are relatively easy to train.

“The business model in these industries is often to treat staff as sort of interchangeable cogs,” Cooper said. As a consequence, wages are often very low.

Many jobs at the nation’s lowest paying companies are tipped positions. While tipping is often regarded as mitigating low wages, the practice also sends the message that a company has only a small obligation to pay its employees, Cooper explained. “Tipping essentially passes the wage requirement from the employer directly to the consumer.”

Many of these jobs are also part-time positions, which together with inconsistent tips, mean wages are not just low, but also erratic. Unpredictable schedules and payments “prevent [workers] from taking advantage of a lot of other economic and financial resources,” Cooper said. Car payments, tuition payments, and any spending structured over a period of time becomes very difficult in these circumstances.

Typical wages at these companies often are in stark contrast with the pay of its CEO. Seven of the 13 companies listed reported total annual compensations of their CEOs at well over $10 million. And the compensations of all but two CEOs increased — even as their employee wages did not, and in some instances as their companies reported losses and shrank operations. The CEO of Aramark, Eric Foss, was paid $32.4 million last year, up 44.2% from his compensation in the previous year. The SEC’s new rule requiring documentation of the pay ratio within public companies does not take effect until 2017. However, the EPI has tracked the ratio since 1965. That year, CEOs made roughly 20 times the pay of their median worker. Last year, CEOs at the largest 350 companies made an average of 300 times the wage of their typical employee.

Many of these companies are also very profitable, although this was not always the case. Sears Holdings and Target each posted income losses in their most recent fiscal years. In some cases, the losses resulted in location closures and layoffs.

Most agree that wages at many companies are too low. What remains controversial, however, is the best way to address the problem. Cooper and other researchers argue that the current federal minimum wage of $7.25 per hour is inadequate for the vast majority of low-wage workers to afford the basic necessities of a moderate standard of living. Workers in low wage jobs tend to be older and more educated today than in previous decades. Yet, lawmakers have “updated that wage floor so infrequently or so inadequately that the lowest paid jobs today pay a lot less than they did a generation ago.”

Michael Strain, an economist with the American Enterprise Institute, said that while the intention is good, raising the minimum wage would not effectively achieve its stated goal. Instead, Strain favors expanding public assistance programs such as the federal income tax credit because such an approach would better focus on low wage earners and people who really need the help.

Daniel J. Mitchell, senior fellow at conservative think tank Cato Institute went further, claiming in an email exchange, “The inequality issue is a blind alley,” and raising wages could actually cause harm. Raising the minimum wage could actually cause unemployment. Instead, policy makers should focus on economic growth.