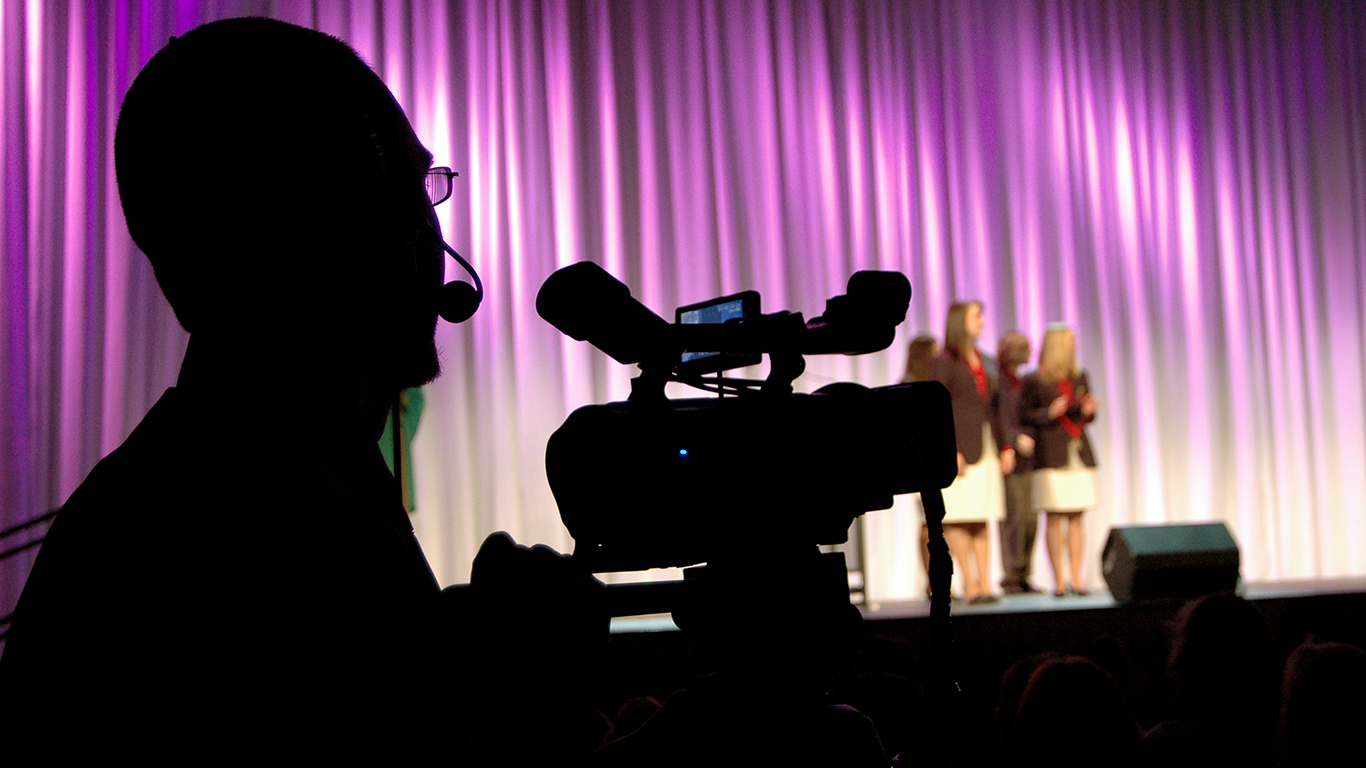 Definition: “any formal or informal representation or statement of views to a public official.”

Speller: At 12 years old, George Abraham Thampy won on his third try after placing third and fourth in the previous two bees. He was also the runner-up in the National Geography Bee a week before the 2000 Spelling Bee. Thampy, of Maryland Heights, Missouri, was only the second home-schooled student to win the spelling contest, and credited his education with helping him win: “Spelling is not a subject taught in schools,” he said.

ALSO READ: 50 Most Popular Words That Entered the Dictionary in the Last Decade 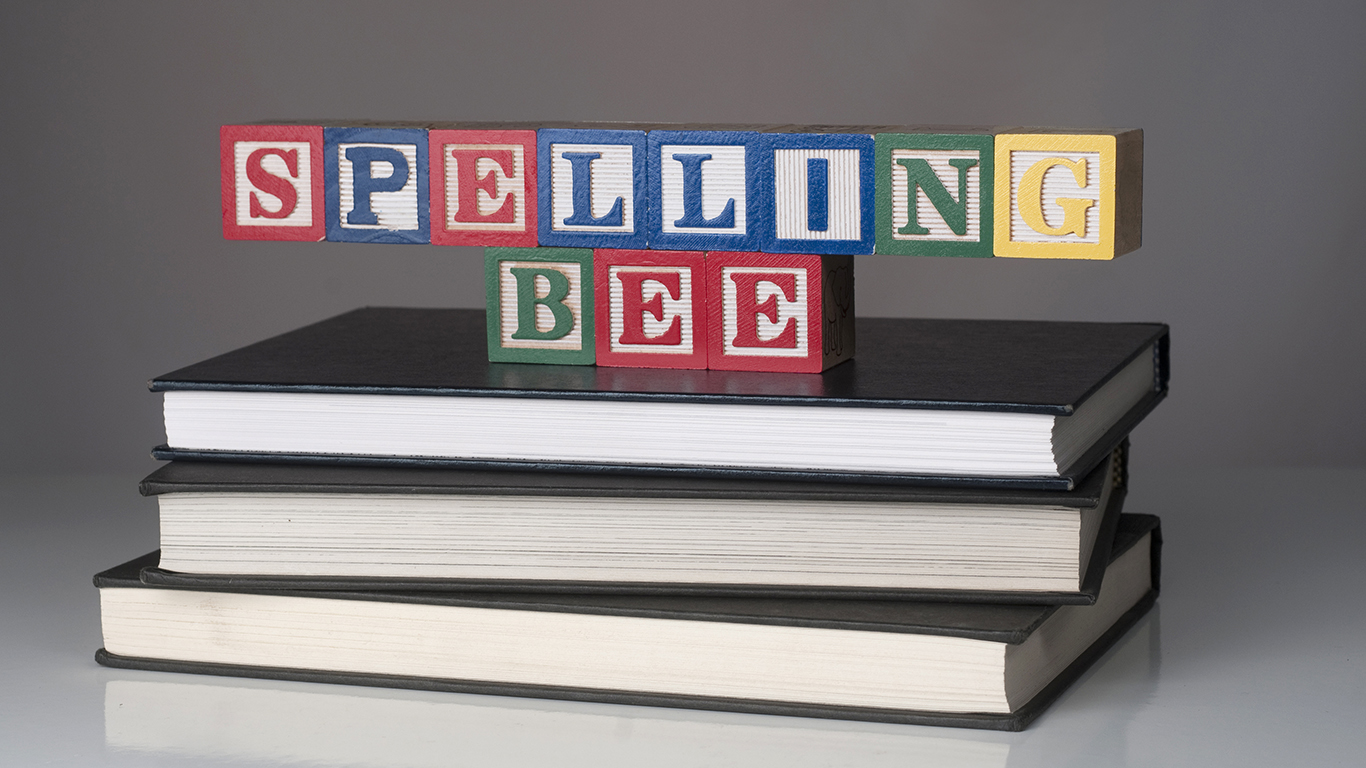 Definition: “one that comes next after or replaces another in an office, position or role.”

Speller: Sean Conley of Anoka, Minnesota, won the bee this year after going for five rounds against another 13-year-old speller. Like Conley, his competitor was also participating in the

Scripps National Spelling Bee for the third time. But Conley was able to clinch the title with his correct spelling of “succedaneum,” while the runner-up was eliminated by the word “resipiscence.” 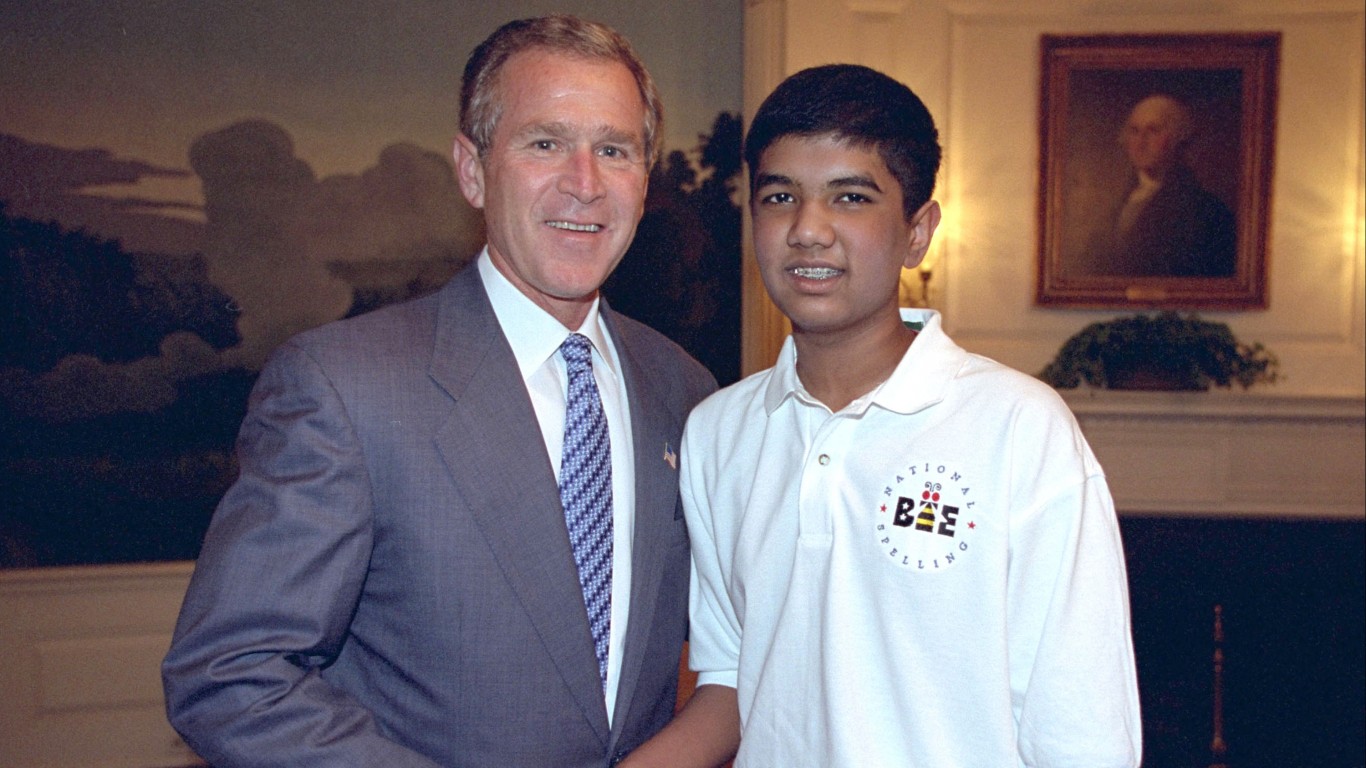 Speller: Pratyush Buddiga, a 13-year-old from Colorado Springs, Colorado, won $12,000 with his spelling of “prospicience” during the 2002 Scripps National Spelling Bee, but today he is competing for much higher stakes. Buddiga, now 29, is a recently retired poker player, with millions of dollars in wins, and is getting into cryptocurrency. 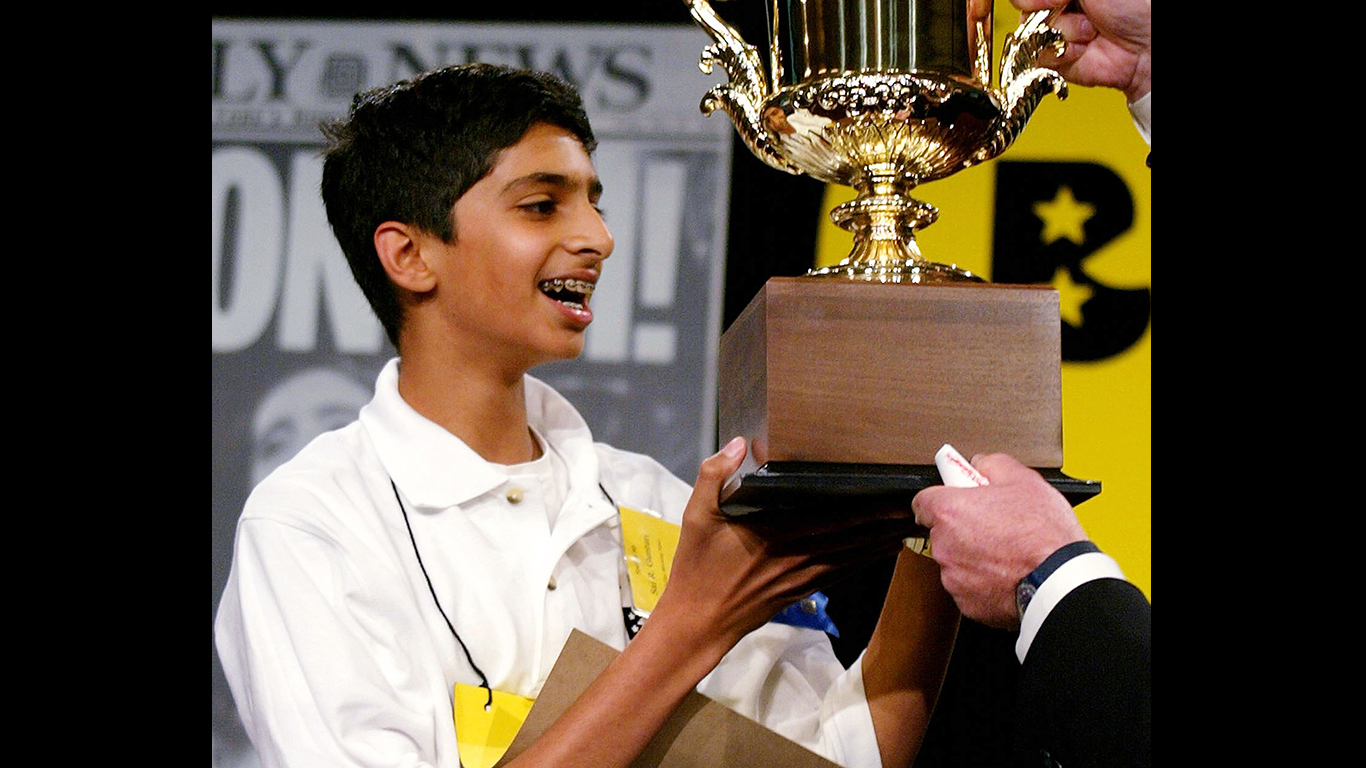 Speller: It took four tries for Sai R. Gunturi of Dallas, Texas to win the Scripps Bee at 13 years old. He had previously tied for 32nd in 2000, 16th in 2001 and 7th in 2002. The scholar, who played the violin and studied Indian classical music, said he was almost laughing when he won because he had studied “pococurante” previously. After finally winning the $12,000 prize, Gunturi exclaimed, “‘I’m going to buy a lot of video games, like, a lot.”