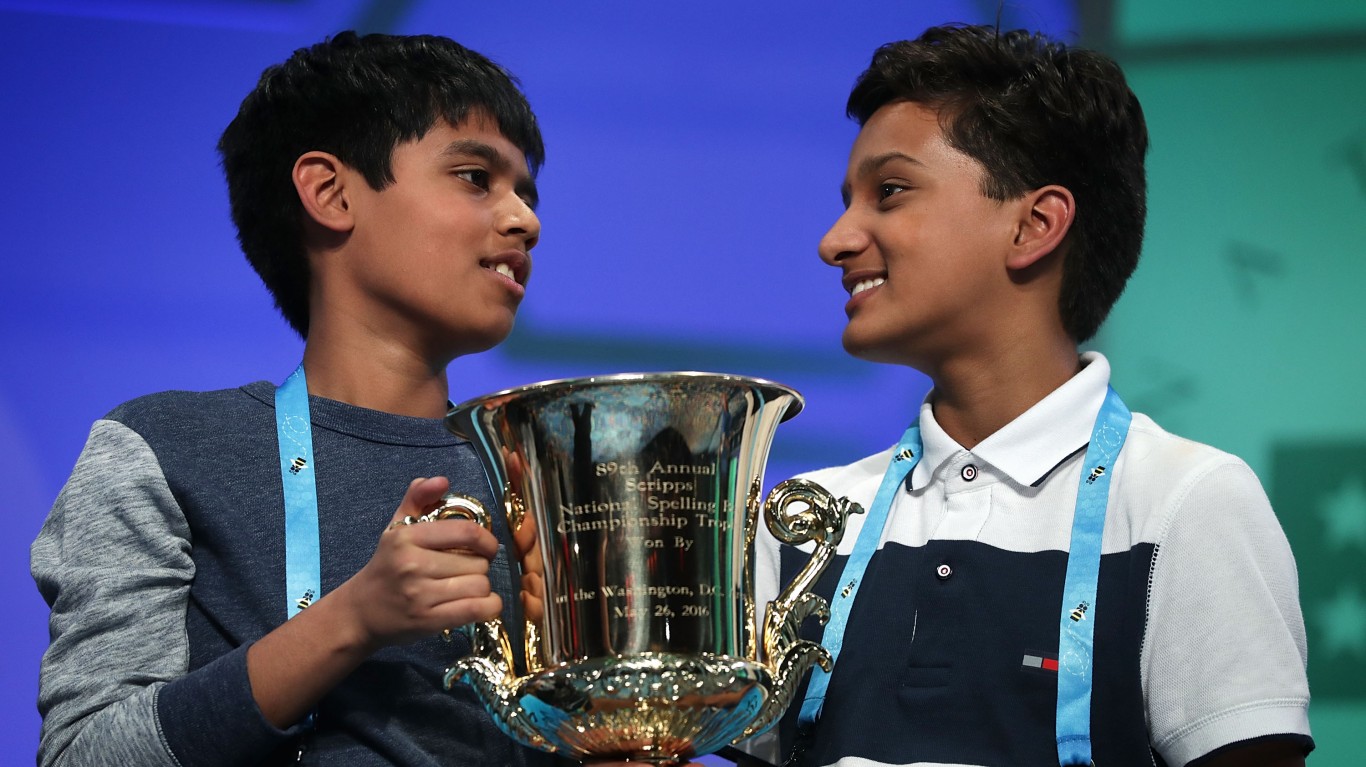 Speller: It’s rare for two siblings to win the Scripps National Spelling Bee, but it’s even rarer for them both to win with ties. Jairam Hathwar, 13, of Painted Post, New York, won just two years after his brother Sriram took the title. 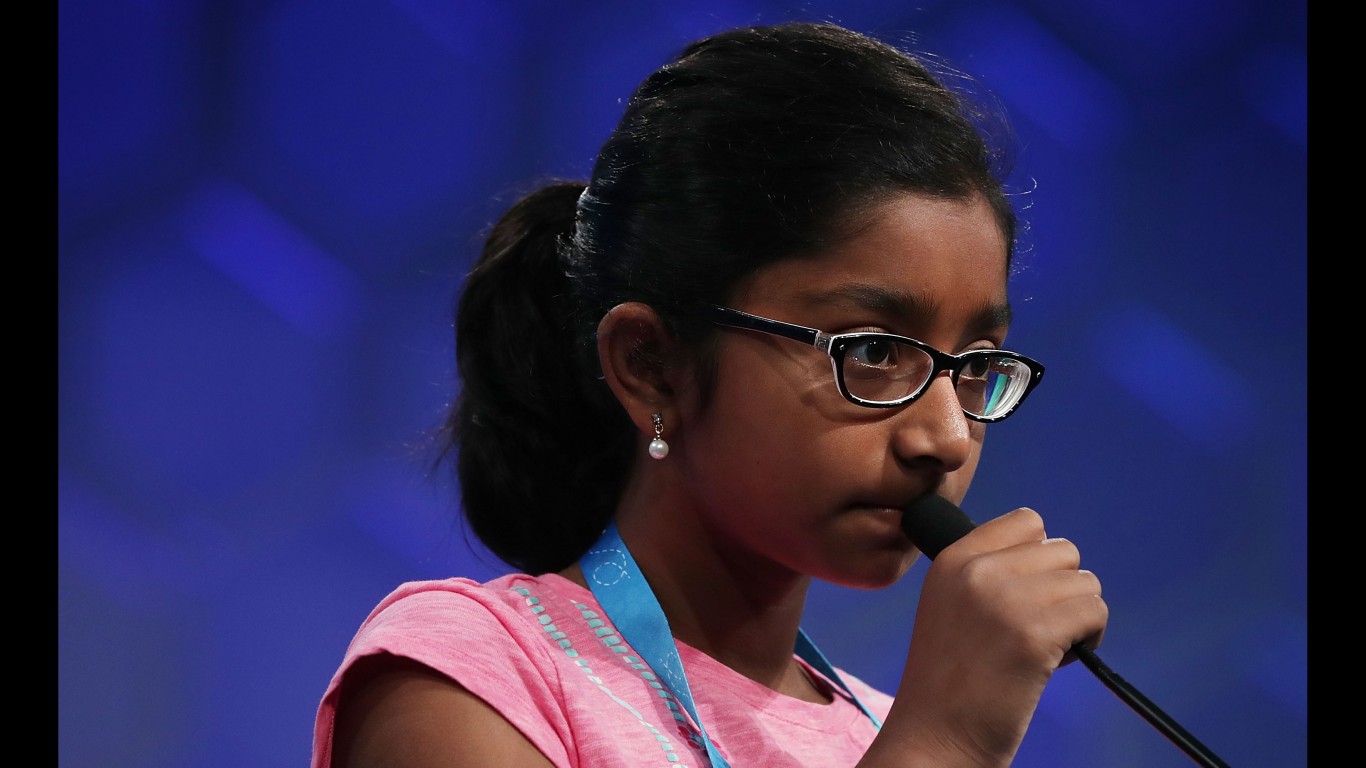 Definition: “a dress fabric that is made with a warp of silk or rayon and a filling of other yarns and is similar to but heavier than canton crepe.”

Speller: After three straight years of ties, the Scripps Spelling Bee added a tiebreaker test in 2017. Though the top two spellers went for 21 rounds, they didn’t make it to the allotted 25, and in the end Ananya Vinay, 12, of Fresno, California, was crowned the winner. Last spring, she coached her neighbor to a win in the Fresno County Scripps Spelling Bee, and a spot in the national competition.

ALSO READ: 50 Strangest Town Names in America (and Where They Came From) 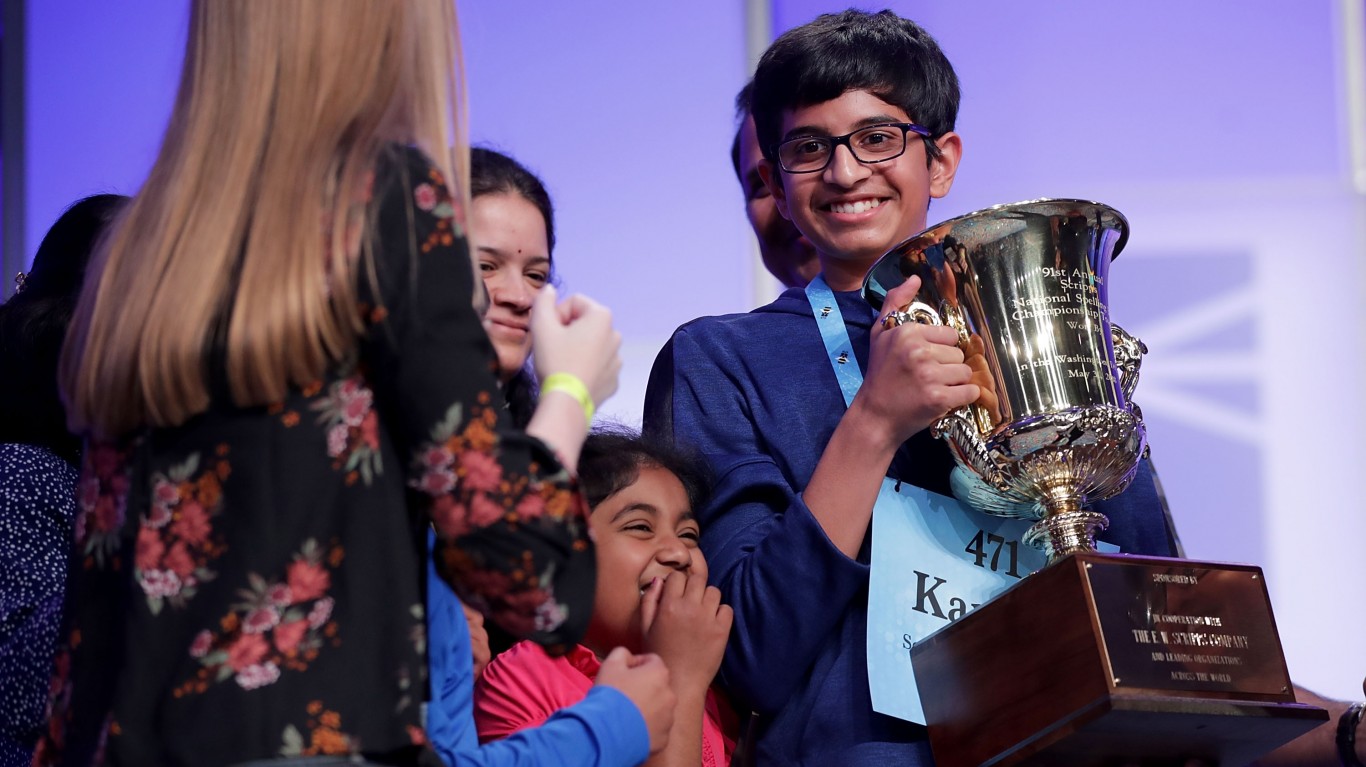 Speller: Karthik Nemmani, 14, the most recent winner of the Scripps National Spelling Bee, spent hours studying each day to win the competition. The amount of preparation isn’t different from years earlier, but now there are coaches, computers and statistical analysis. His 16-year-old coach sees her time in spelling bees as “a different era.” 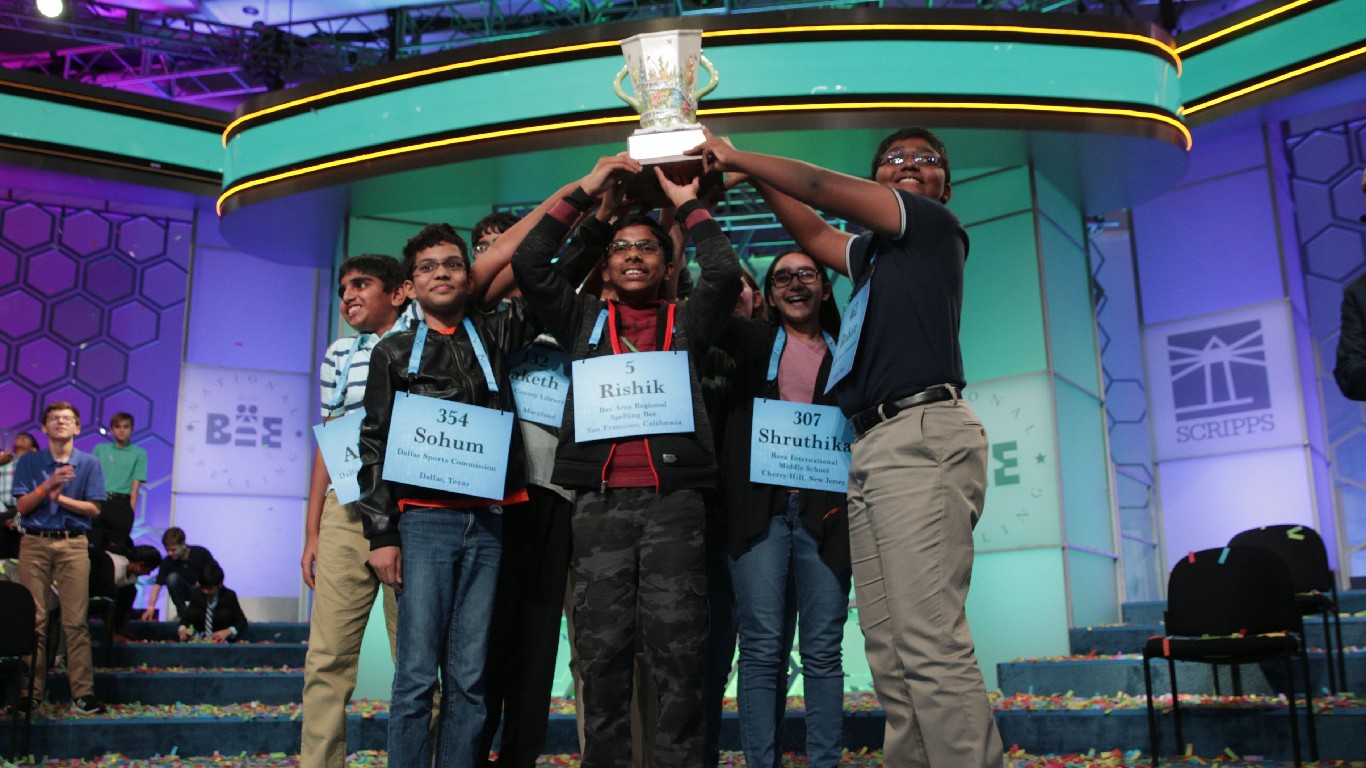 The 2019 Scripps National Spelling Bee Cup ended up with eight co-champions after a record-breaking night that ended in the 20th round, which included a run of 47 correct words.