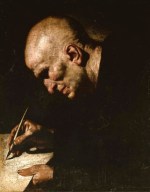 It has been more than a year since we published our feature, “The Twenty-Five Best Financial Blogs.” A great deal has changed since then.  Some of the blogs on the list are gone or no longer have regular posts. Others have grown and become better.

This is a list of independent blogs.  Several major media outlets have excellent blog sections, including Market Beat at WSJ.com, Fortune.com’s Apple 2.0 blog, Paul LaMonica at CNN Money and BloggingStocks at AOL (24/7 contributes content to this site.) Obviously, these blogs have a level of financial support that independent blogs do not enjoy.  Their writers have paid salaries. They have greater media exposure due to their relationship with larger websites.  Many are excellent, but really should not be compared with websites operated by one person or a small group of people. Nevertheless, they should be recognized for their own commentary as well as the links that they often give to independent blogs.

Financial information about blog sites is not readily available.  Most financial blogs are much too small to bring in enough direct revenue to support their writers.  Some have paid newsletters, but it is impossible to know what they yield.  A number run Google AdSense links on their sites to generate ad revenue. And some are operated by money managers who use the exposure to get new clients. The great majority of financial blogs end up being either labors of love or ways to promote small money management or paid newsletter businesses.  It is a tough way to make a living.

Over the last month, 24/7 Wall St. has looked at more than one hundred financial blogs.  The list came from those blogs mentioned at major media sites and the largest aggregators of financial blogs, SeekingAlpha and BloggingStocks.  We also reviewed the lists of “blogrolls” – favorite blog lists – at long-established financial blogs like MSN Top Stocks and financial commentary sites like Minyanville. After we narrowed the number of financial blogs down to about 50, we tracked posts for several weeks before picking the final twenty.

Original content and original thinking were among our most important metrics: specifically, content that was well-written, well-researched and crisp.  Blogs that were mostly aggregations of content from mainstream media did not make the cut.  This meant that the majority of the copy had to be directly written by the blog’s author(s) or that the commentary on outside content had to be especially strong. Some of last year’s blogs now charge readers for the bulk of their content, which may still be excellent. We have excluded these because the best work by the authors is not universally available as it is with the sites that made the list. Anonymous blogs were usually excluded.  It is too difficult to understand the agenda of a blog where readers cannot understand the writer’s identity and potential motivations. Some of the sites on our list have “anonymous” writers, but their readers know who they actually are.

The final major metric was frequency of posting.  If a blog had very good content, but the author only posts once or twice a month, it becomes too hard to follow without referring back to the same story and waiting for weeks for it to change.

1) Dealbreaker dealbreaker.com. The New York Post of Wall St. media blogs, Dealbreaker provides an insider’s perspective with a wink and a nod. In this  tabloid, you are just as likely to read up-to-the-minute coverage of Lehman’s bankruptcy as you will contests to find the “money honey” a new nickname.

2) Infectious Greed paul.kedrosky.com. Paul Kedrosky considers himself  to be one of the preeminent financial market pundits. Many people would agree. The site offers the perspective of a former technology analyst, institutional money manager, and venture capitalist. Infectious Greed provides a running commentary on capital markets, economic trends, and complex financial instruments. He’s also not above ranking the best books about the financial crisis by the number of “f-bombs.”

3) The Angry Bear www.angrybearblog.com. Half a dozen professionals, including a tax law expert, a historian, PhDs in economics, business consultants and financial professionals provide perspectives on the financial world. Despite their expansive coverage of economic issues, their articles are as deep as their coverage is extensive. Topics include world trade, industrial production, U.S. Government programs, and major regulatory issues.

4) The Big Picture by Barry Ritholtz www.ritholtz.com/blog. Rithholtz has been a financial blogger since before there were financial blogs. He is one of the few people on the list who manages money full-time. His posts focus on macroeconomics and attacks on the business press and online media. Ritholtz’s grasp of the broad economy is as good as anyone’s and better than most. The site is littered with charts and tables which are occasionally useful. It is as  likely to post a trend chart as he is a March Madness bracket.

5) SeekingAlpha seekingalpha.com. The original financial blog aggregator, and also the largest. The site has tried to improve its content by adding some full-time staff. Unfortunately, the work of outside contributors overwhelms them. Several hundred sites and writers contribute to SeekingAlpha. The most difficult problem about the site is separating the wheat from the chaff. SeekingAlpha gives exposure to a number of writers who would otherwise be obscure.