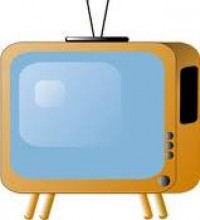 Reuters:   Chrysler will have a hard time turning a profit this year.

Reuters:   Nokia (NYSE: NOK) and Intel (NASDAQ: INTC) said their MeeGo mobile software was off to a good start.WSJ:   Seven of the Fed’s top officials were against changing the way that the central bank manages its portfolio according to an account of a August 10 meeting. The debate was about buying more long-term securities

WSJ:   The Administration may force lenders to pay higher fees to cover federal backing of mortgages.

WSJ:   Plans to distribute the BP (NYSE: BP) escrow account have been attacked.

WSJ:   Genzyme and Sanoft-Aventis are still fighting over the price of an M&A deal.

WSJ:   Bank disclosures of their sovereign debt holdings are incomplete.

WSJ:   The FHA will increase funds it charges borrowers to increase its cash position.

WSJ:   Chrysler dealers, some with large inventories, are balking at selling new cars from Fiat.

WSJ:   IPOs of companies with famous brands may have hidden dangers.

NYT:   Nordstrom is trying to retain shoppers  on the Web by showing them inventory from its stores and online operations.

FT:   More companies are turning to private placements for funds.

Bloomberg:   Dell may try to outbid HP for 3 Par.

Bloomberg:   Greek banks are being pressed to merge due to faltering economic indicators.