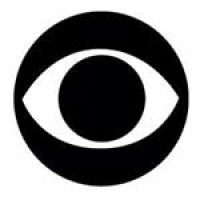 Citing sufficient strength in the economy, the Fed says it will stand by and add no stimulus. (WSJ)

Eurozone nations continue to cut costs despite concerns this will cause a deeper recession. (WSJ)

US Airways (NYSE: LCC) increases its efforts to buy American Airlines parent AMR, which is in Chapter 11. (WSJ)

A study published in the Administrative Science Quarterly says that workers hired from outside a company make more than current workers but perform worse. (WSJ)

Regulators finalize how they will oversee nonbank financial firms. (WSJ)

Regulators are set to fine JP Morgan (NYSE: JPM) for its role in the collapse of Lehman Bros. (NYT)

China moves its cap on foreign investments to $80 billion from $30 billion. (FT)

The departure of James Murdoch from the chairman’s job at BSkyB may allow News Corp. (NASDAQ: NWS) to make a bid for the part of the company its does not own. (Bloomberg)

One million paid TV customers move to the web in 2011. (Bloomberg)

BMW and Mercedes first-quarter sales in the U.S. are almost the same. (Bloomberg)