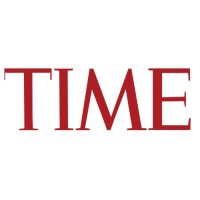 Editor’s Note: The New York Times reports that one of TIME, Inc.’s big three weeklies, which include TIME, People, and Sports Illustrated, will lay off a number of employees. According to NYT.com, the lay-offs at Sports Illustrated may not be isolated. Terry McDonell, editor of the Time Inc. Sports Group said “Someone asked me the other day if this is part of a large corporate plan. I haven’t talked to anybody about this except to those supporting me.” 24/7 Wall St.’s coverage of TIME indicated that the cuts may not be over.

TIME magazine, the last of the large weekly news and business publications, will not last in its current form for more than another year or so. A growing mountain of evidence shows TIME will have to cut its publication frequency, lower its subscription base or migrate almost entirely to the Internet.

TIME is the last of the weeklies that were among the most prominent magazines from World War II through the 1990s. TIME, as a matter of fact, was probably the most influential magazine in America after Life magazine closed in 1972, until its position was taken by 24-hour news channels and the nearly universal availability of quality news on the Internet.

Other large weeklies have already surrendered. Newsweek was sold to billionaire Sidney Harman, who died months later. He agreed to combine the magazine and its web operations with the online news, gossip and opinion site The Daily Beast. Newsweek’s parent, the Washington Post Company (NYSE: WPO), had been a champion of high-quality journalism for years. But it was not willing to underwrite millions of dollars in losses. Newsweek has not flourished in combination with The Daily Beast. It remains pamphlet thin and continues to be battered by the minute-by-minute news cycle. To attract subscribers, Newsweek offers deals, which cost new customers only 64 cents an issue.

Another of the most important weeklies of the last century, Businessweek, probably would have been shuttered by parent McGraw-Hill (NYSE: MHP), which owned it since it was founded in 1929. Trading terminal company Bloomberg bought the magazine, which it renamed Bloomberg Businessweek, and its web operations late in 2009 for what was rumored to be between $2 million and $5 million plus liabilities. Businessweek.com is little more than an offshoot of the Bloomberg news machine and its web operations. It is impossible to tell from the outside how the print business has done. But like other weeklies that used to be well over 100 pages thick — and more than that at year end — it has no more than a few dozen news pages per issue. Subscription offers give discounts of as much as 85% off the magazine’s newsstand price.

U.S. News & World Report, the perennial third-place news magazine, was bought in 1984 by multimillionaire Mort Zuckerman, who changed its frequency to biweekly, and then monthly in 2008. After 2010, it was only published several times a year and has become mostly a magazine of lists.

TIME’s circulation has stabilized for the moment. It lowered its advertising rate base guarantee 17% in 2007 to 3.4 million. But the magazine offers subscriptions for as little as 54 cents an issue to help maintain that level. Advertising pages are another weakness. They are TIME’s most serious problem, given their contribution to revenue. Ad pages were 2,162.2 in 2007, according to industry news operations MIN. The figure dropped 63% to 1,370.3 in 2011. The slide has quickened considerably since then. Ad pages fell 21.6% to 433.4 for the 2012 period that ended on May 21, and 48.1% to 18 pages for the latest issue according to MIN. This apparently irreversible long-term decline has, much more than anything else, ruined TIME’s future.

TIME’s online operation has too small an audience to remain directly competitive to news operations such as CNN.com, NYT.com and the Huffington Post. A review of this information puts the size of CNN’s monthly audience at over four times that of TIME.com, and NYT.com’s is about three times larger than that of TIME. In the case of the Huffington Post, the figure is closer to seven times larger. Online audience measurements are done by several firms that produce data that are not compatible with one another, which makes judgments about the absolute audience sizes of websites difficult. However, most of these research operations that release data that are publicly available have TIME.com’s audience of visitors well behind several rival sites. Compete research shows that TIME’s audience has been flat over the past year.

TIME has taken the only realistic options to remain profitable and eventually keep down losses. Executives said as recently as 2010 that the magazine was profitable, although the company is believed to assign corporate costs to the individual properties, which would influence these numbers. TIME fired large numbers of its editors and business employees. The period when the magazine had large numbers of overseas bureaus is long gone. The smaller staff and lack of overseas presence has been part of the reason for the loss of TIME’s prestige among news organizations. However, its decisions parallel those of other news media, including the New York Times (NYSE: NYT) and the Washington Post.

TIME’s problems are compounded by those of its parent, Time Inc., which is in turn a part of media conglomerate Time Warner (NYSE: TWX). Time Warner owns one of TIME magazine’s largest competitors in terms of news gathering and online presence — CNN. Time Inc. has been under pressure from Time Warner because of its shrinking margins. It had a segment operating loss of $4 million on revenue of $733 million in the first quarter of the calendar year. The entire publishing operations of Time Inc. include 21 magazines published in the U.S. and more than 70 sold outside America. Obviously, several of these properties are unprofitable.

One of the ways that media try to improve their audience is by courting controversy. There is a great deal of evidence which shows that the approach works. TIME recently ran a cover that shows a 26-year old mother breast-feeding a three-year old child. The large headline on the cover was “Are You Mom Enough?” Just after the magazine came out, TIME’s managing editor Rick Stengel, who is rumored to have had his contract renewed recently, said, “To me, the whole point of a magazine cover is to get your attention.” His point of view is overwhelmed by two facts. One is that TIME was a magazine that was read for decades because of its news, scholarship and reviews of the world’s events, culture and important people — and not primarily its covers. The other is that no matter what Stengel puts on the cover, TIME’s cause is lost, at least to the extent that it can remain a weekly and major source of news content — or a weekly magazine at all.