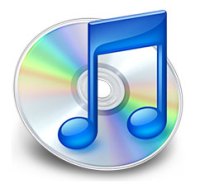 Internet music services are stuck in a period of relatively quiet turmoil as the companies deal with rising content costs and fierce competition with one another and with some very well-established players. Sirius XM Radio Inc. (NASDAQ: SIRI) really stands above this fray because its satellite radio scheme follows closely the terrestrial radio model and provides a non-threatening revenue stream to the music copyright holders.

The labels believe they got the short end of the stick in their deals with Apple Inc. (NASDAQ: AAPL) and the iTunes stores and they are not about to get caught short again. Earlier this year Amazon.com Inc. (NASDAQ: AMZN) signed up with the labels in order to protect its music locker service and Google Inc. (NASDAQ: GOOG) will probably do the same.

The music business has taken the same kind of beating the newspaper business has been getting for the last dozen years and the industry thinks it has found the key to profitability by charging steep fees to the streaming companies like Pandora and Spotify. The major labels are thought to hold an 18% share of Spotify, which has already held four rounds of financing and may be prepping for another.

Pandora, which reports second-quarter results after markets close today, is expected to post an EPS loss of $0.03 on revenue of $101 million. Last quarter the company came in with an adjusted EPS loss of $0.09 on revenue of $70.6 million. The sharp increase in revenue expectations may be justified, but it’s a virtual certainty that the gains will be eaten up by licensing fees. Pandora’s advertising model depends on subscriber growth, which reportedly has grown by 6% in the second quarter. That’s far less than the projected revenue growth.

Spotify’s position is even more tenuous. The company revealed yesterday that it earned about $236 million in its 2011-2012 fiscal year and fixed costs ate up 97% of that. The company’s reported loss for the year totaled $57 million. At paidcontent.org, Spotify is cited as saying in its filing:

In a low-margin business dependent on rapid growth to cover fixed costs, it is crucial that the group continues to penetrate existing and new markets as quickly as possible … To cover losses during the expansion phase, the group has been financed by existing and new equity owners. We cannot exclude the need or desire to raise more funds in the future.

Spotify can’t continue to live off venture capital forever nor can Pandora post a reasonable profit if both are subject to crushing licensing fees. Spotify’s so-called “freemium” model is currently generating profits for the music labels. The profits are small compared with profits from previous CD sales, but CDs are headed for the dustbin of history to join LPs and 78s.