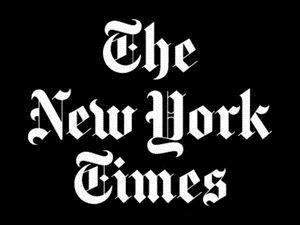 With its revenue still falling and its new CEO under fire from his term as head of the BBC, speculation can begin again about whether the family trust that owns The New York Times Company (NYSE: NYT) will sell the firm to the most logical buyer — Michael Bloomberg. He is the majority owner of media and terminal company Bloomberg L.P. and mayor of New York City.

Bloomberg would be the steward of the editorial independence of the Times that the controlling Sulzbergers want. He has not meddled in the editorial activities of the huge Bloomberg News operation or those of Bloomberg BusinessWeek, which Bloomberg bought from McGraw-Hill Companies Inc. (NYSE: MHP) in 2009, despite the magazine’s dilapidated financial situation.

Many members of the Sulzberger clan likely want out of the family’s ownership of the company. Only a few members benefit much from their stakes — mostly Arthur Sulzberger Jr., the chairman of the Times. His hefty compensation package has brought him about $6 million a year for each of the past three years. A sale would spread the wealth to a number of other family members.

The revenue of the Times continues to contract, and only the paywall that the Times has erected around its flagship has helped the drop from being more dramatic. In the third quarter, revenue for the company fell 0.6% to $449 million. Newspaper advertising results were much worse. Advertising revenues fell 8.9% for the period. Even digital ad revenue, which is supposed to offset the drop in print, contracted by 2.2%. Paid subscribers to the Times online division rose again, but there is a natural limit to the number of people who will pay to get the Times digital edition.

The stock market rendered its opinion of the Times some time ago. The firm’s shares are off approximately 50% over the past five years. If that measure, and the price of other newspaper company shares, are any indication, the trend downward will continue.

The Times board had hoped it found a champion who might reverse the company’s fortunes when it hired former BBC Director General Mark Thompson. There has been plenty of speculation that Thompson will become caught up in the scandal that has rocked the U.K. broadcaster. Even if this does not turn our to be true, a cloud will hang over him, and his reputation, for some time.

Bloomberg can afford to buy The New York Times Company, either himself of through Bloomberg L.P. Forbes estimates the mayor has a net worth of $25 billion. If he paid a premium of two-thirds over the current $1.24 billion value of New York Times shares, the company would be sold for about $2 billion. Bloomberg could sell assets such as the financially crippled Boston Globe and likely both cut his buyout cost and rid the Times of a property that puts a drag on the company.

The New York Times Company needs to be rescued. There may be only one man or company that can both afford to take the public corporation private and allow its editors a great measure of independence. That is Michael Bloomberg.