Why Time Warner May Never End 'Game of Thrones' 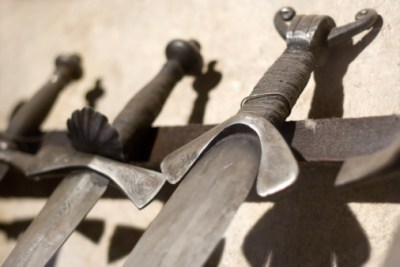 Source: Thinkstock
If Home Box Office (HBO) has shown one thing, it is that it can create incredible loyalty for its cable channels by making its own shows. The hit series “Game of Thrones” followed the wild success of the mafia hit “The Sopranos” and the vampire hit “True Blood.” “The Sopranos” came to an end even before James Gandolfini’s premature death, but this also marks the final season of “True Blood.” While “Game of Thrones” has been consigned for two more seasons, the reality is that HBO or Time Warner Inc. (NYSE: TWX) could in theory carry on this series endlessly.

As of now, there are two more seasons on the books for Time Warner and the HBO team to make. The possibilities here for “Game of Thrones,” and the earnings from it, could last for years or decades. The ratings have grown and grown, making it among the most popular of cable series ever.

Several issues make “Game of Thrones” much different from “True Blood” or “The Sopranos.” The vampire and zombie craze seems to have no end to demand, and ditto for the mafia film genre. Still, actors can only endure so many years of performing in the same series. After a while, those actors get bored, and they may find that they become stereotyped for a certain type of role.

The cast of “True Blood” has many of the original members, even into what will be the seventh and final season. Creating an offshoot is easily possible with a new cast of characters, but an obvious risk is that the venue change will just make it just another low-budget vampire series.

“The Sopranos” was believed to have movies coming down the pipe after its run ended, or at least some rekindled character sequels. The death of James Gandolfini changed all that. Taking Tony Soprano out of “The Sopranos” would be like taking hamburgers out of McDonald’s or the pasta out of Italian restaurants.

Each “Game of Thrones” episode has been projected to average about $6.2 million for HBO to film. When you consider the massive number of sets, multiple countries of filming, the dozens upon dozens of repeat characters (many of whom are well-known actors) and the endless numbers of extras, $6 million or so per episode is a steal.

Before getting into a few details about the “Game of Thrones” series, the first consideration is the book series on which the show is based. The book series is “A Song of Ice and Fire” from George R.R. Martin. This series was started in the early 1990s, and the first book was not published until 1996. What was supposed to be a trilogy grew into seven volumes.