Twitter Needs to Get Users Talking to One Another 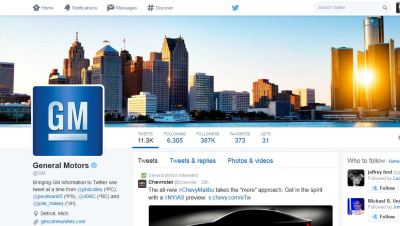 Source: courtesy of Twitter
Right now, the financial media is a buzz about Thursday’s exit of Twitter Inc.’s (NYSE: TWTR) former chief executive, Dick Costolo, who quit under pressure from investors to better monetize its platform. The company still bleeds red after operating for more than nine years. Twitter’s user base stands at 302 million people, versus 800 million on WhatsApp and 1.4 billion on Facebook Inc. (NASDAQ: FB), according to Reuters.

The heart of Twitter’s strategic failure lies in the fact that Twitter functions mainly as a content feed provider. Users go to the platform to share and receive news content, such as how the economy fares, what their favorite politician supports, weather alerts and so on.

Reuters also commented on the site’s fast-moving feed, which makes it difficult for users to focus on an ad to click. In addition, Reuters cited Affinio, a company that measures website engagement, in saying that “80 to 90 percent of users scan Twitter content but don’t Tweet.” Twitter, as some pundits argue, does not facilitate personal interaction with friends.

Instead, users go to sites such as Facebook, WhatsApp and Google + to message friends. Users who talk with friends on these sites stay there longer. This increases their chances of clicking on an ad. This may also partially explain why Twitter fell behind rivals in gaining users.

Twitter’s leadership needs to de-emphasize the site as a content aggregator and shift the focus towards social media and the facilitation of personal interaction. If they do this, Twitter’s engagement and user base should increase. More users will begin to chat and instant message each other, which means they will stay on Twitter longer, increasing their chances of clicking on ads.

The fact remains that the technological landscape remains a competitive one. Many entrepreneurs throughout the globe constantly invent new applications that engage users. Twitter is simply falling behind and may disappear if it does not innovate.

Wall Street’s opinion soured a bit with four analyst downgrades in the month of April, according to Yahoo! Finance. Amazingly, the mean target price remains high at $47.52 per share, according to Thomson/First Call, representing a whopping 37% increase over its current stock price. Investors should not hold their breath on this one. In fact, they should expect a steep decline from its current stock price.