Who Would Benefit From Twitter's Demise? 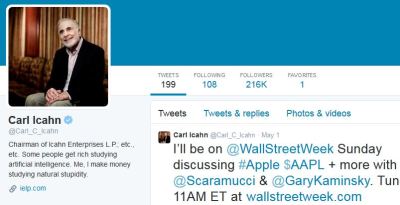 Source: courtesy of Twitter
Things are not going very well for Twitter Inc. (NYSE TWTR) at the moment. Several problems are plaguing the company, the most important of which arguably being its difficulties in monetizing its user base and sustaining user growth. Who stands to benefit from these struggles?

For a snapshot of how the company is doing, one needs look little further than the recent announcement that CEO Dick Costolo would be stepping down. The move follows years of pressure from shareholders and activist investors frustrated with the company’s consistent losses and its failure to improve the monetization of its user base. The Street reacted favorably to the news, sending shares up around 7%.

Despite fantastic revenue growth, the company has yet to turn an annual profit, as its costs have skyrocketed along with sales. Its first-quarter report in fact showed that losses had widened from the previous year. At the same time, the company is facing a slowdown in user growth, which is problematic for a company that relies on advertising.

At the moment, it is too soon to say whether Twitter actually is going under. However, the fact that its user base growth is slowing leads one to wonder which companies are benefiting from this slowing demand for the company’s micro-blogging services.

Twitter does not really have publicly traded competitors in terms of micro-blogging specifically. However, it has several in the sense of what functions it serves. As a news and mass communication platform, it has a direct competitor in Facebook Inc. (NASDAQ: FB). Facebook has been making a serious push into the news space recently, and like Twitter is used by many people, businesses and institutions as a tool for mass communication. In this sense, the most immediate beneficiary of any loss of Twitter’s user base would be Facebook.

It also competes with Facebook, Google Inc. (NASDAQ: GOOGL) and others in the instant messaging space. Friday, the company announced it would be letting go of its 140-character limit on direct messages in order to better compete with the likes of WhatsApp. One could also say it competes with LinkedIn Corp. (NYSE: LNKD) as a social media platform, although it is not specifically geared toward professionals and does not offer the same kind of services.

Ultimately, Twitter is an Internet company that relies on advertising, putting it in competition with a far broader list of names in terms of attracting traffic and revenue. In 2015, it will take some 5% of the U.S. digital display ad market. In the event of its demise, Facebook would be the number one beneficiary of Twitter’s user migration due to the similarity of functions. However, as it would narrow the playing field in terms of social media competition, LinkedIn would also likely be a prime beneficiary, as would Google due to the sheer size of its market share in the online ad space.