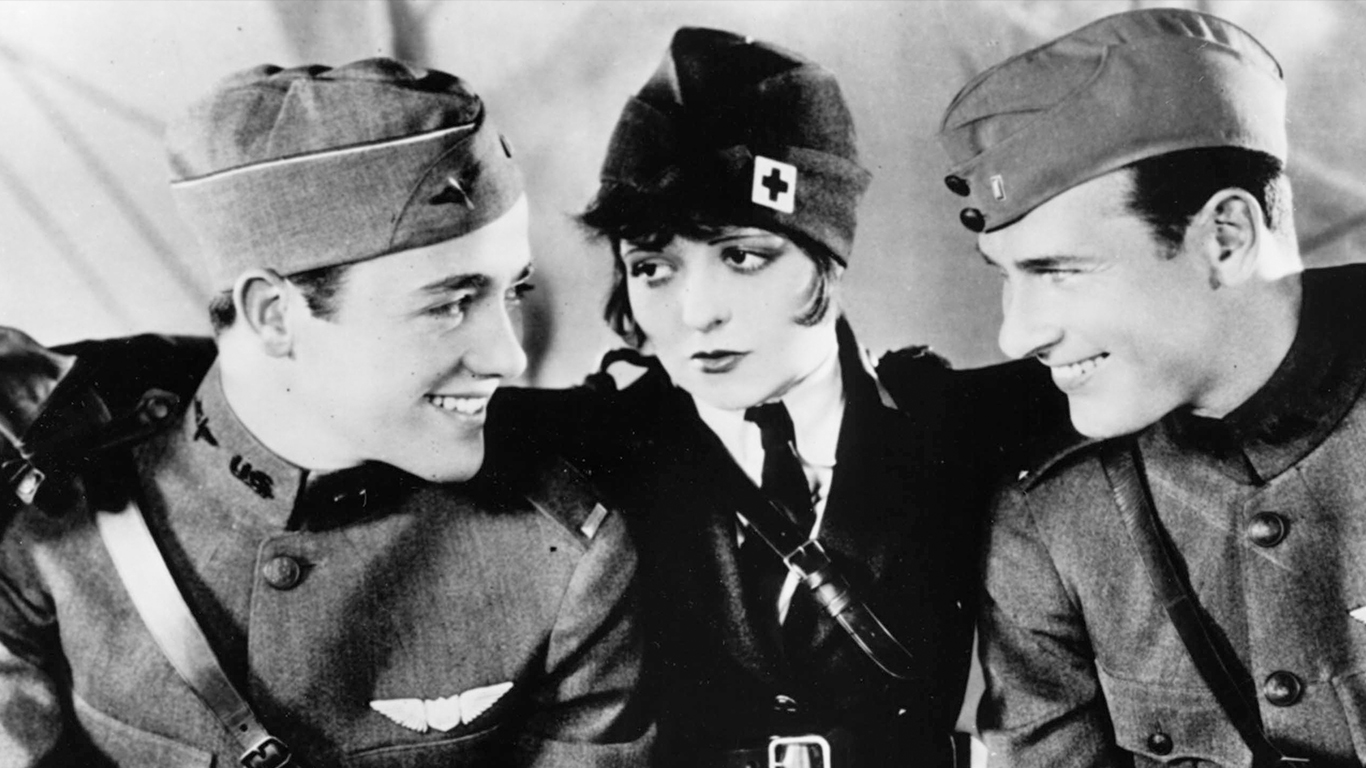 Source: Courtesy of Paramount Pictures
“Wings,” the silent film epic about World War I aviators, won the first Academy Award for Best Picture 90 years ago. The motion picture was the only silent movie to win Best Picture until “The Artist” in 2012.

However, the classic was lost for decades until a copy was discovered in France in 1992 at an archive in Paris. Paramount Pictures, which produced the film, discovered a decaying version of a spare negative in its vaults and restored the film in time for the studio’s centennial celebration in 2012. Film historians estimate that as many as 80% of silent films ever made have deteriorated and are lost forever.

“The original negative was lost. All that remained was a negative which had been copied from a deteriorating nitrate print,” said Andrea Kalas, vice president of archives at Paramount Pictures, in a story for PC magazine. “So we had practically nothing. But we did it—we scanned it, did color correction, cleaned it up — and it’s beautiful.”

Film historians hailed the movie for its breathtaking and realistic scenes of aerial combat. That was the intention of director William Wellman, who flew in combat during World War I and piloted a plane in the motion picture. Richard Arlen, one of the stars of the movie, also was an aviator in World War I, while Charles “Buddy” Rogers, another star in the film, took flying lessons as well for the movie.

“It’s such an important movie because it was the first film, ever, to use aeronautical camerawork,” said Kalas. “The actors had cameras fixed on them, to capture footage and close-ups, while actually flying the planes themselves.”

“Wings” was shot between September 1926 and April 1927 at Kelly Field in San Antonio, Texas. Wellman used 3,500 extras to recreate the Battle of Saint-Mihiel that took 10 days to shoot. President Calvin Coolidge gave permission for U.S. servicemen to work on the film.

The $2 million film budget included $10,000 insurance cover for each of the 300 pilots who flew U.S. Army Air Corps planes.

In the movie, Arlen and Rogers played friends who enlist in the Army and become aviators, while vying for the affection of Clara Bow, one of the biggest stars of the silent movie era. The film is also known for a cameo appearance by Gary Cooper and helped him become a star.

“Wings,” released in 1927, captured the imagination of a public infatuated by aviation. The film came out only months after Charles Lindbergh had flown solo across the Atlantic Ocean. Ironically, as “Wings” was receiving artistic kudos, the film industry was changing to talking films from silent movies.

Critics on Rotten Tomatoes give “Wings” a 93% Freshness rating, and 78% of audiences liked the film.