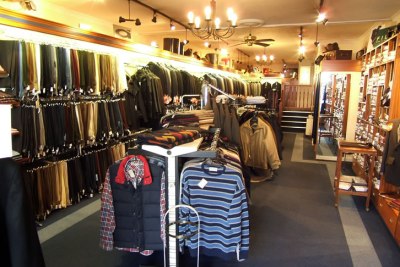 Retailers are out with October sales reports and the news is mixed. Perhaps the biggest surprise was teen clothing store Zumiez Inc. (NASDAQ:ZUMZ), which saw same-store sales soar 21.5% in the month. That’s nearly triple estimates and more than triple the next highest sales jump we’ve seen.

That one belongs to Costco Wholesale Corp. (NASDAQ:COST). Same-store sales rose 6% in October; excluding gasoline and currency effects, Costco same-store sales rose 5%. Another gainer was Macy’s, which saw sales rise 2.5%, higher than estimates of a 1.6% gain. Macy’s also announced that it expects same-store sales in its fourth quarter ending in January to rise 3%-4%, up from previous guidance of 3%-3.5%.

Another discounter, BJ’s Wholesale Club Inc. (NYSE:BJ) posted a same-store sales increase of 2.2%, excluding gasoline sales. Gasoline sales added another 1.5% to the increase. Close-out store Big Lots Inc. (NYSE:BIG) reported October same-store sales up 0.7%, but noted that sales were “inconsistent” in the second half of the quarter, which includes October. Target Corp. (NYSE:TGT) posted growth of 1.7% in October, near the low end of its own expectations. Analysts had expected growth of 1.5%.

Gap Inc. (NYSE:GPS) handily beat estimates that October same-store sales would fall -2.5% by posting a gain of 2%. Gap’s North American stores had a sales increase from a -6% loss for October 2009 to a 5% gain this year. The Banana Republic and Old Navy stores posted lower growth than last October, with Banana Republic ending with a loss of -1% for the month.

Teen clothier Abercrombie & Fitch Co. (NYSE:ANF) reported same-store sales up 2%, far below expectations of 5.6%. Abercrombie also noted that beginning with its 2011 fiscal year in February it will no longer report monthly sales.

October sales generally depend on promotions and, with winter gear on the retailers shelves, warm fall weather can push sales down too. Overall, sales increases in the month were originally slated at 2.2%, but that number was later lowered to 1.7%. According to Retail Metrics, overall growth was just 1.5%.

There is hope that good October sales will translate into good holiday season sales. But high unemployment and an overall weak economy don’t point in that direction.