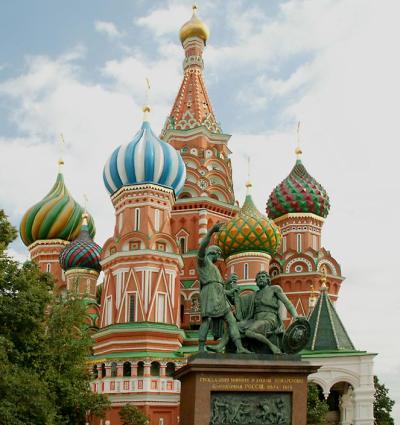 PepsiCo, Inc. (NYSE: PEP) has a long history of operating in Russia.  It is about to get much deeper into the country.  This morning came the announcement that PepsiCo is going to acquire Wimm-Bill-Dann Foods OJSC (NYSE: WBD).  Many American’s do not know this company, but it is a leading branded food and beverage company in Russia. The terms of the deal call for PepsiCo to acquire 66% of Wimm-Bill-Dann for a sum of $3.8 billion, or $5.4 billion in a total enterprise value.

There are of course government approvals needed to get the deal done and that can take time in Russia.  As noted, “PepsiCo will offer to acquire the remaining shares of Wimm-Bill-Dann through an offer following completion of that acquisition at such time and on terms as are mandated by Russian law, and PepsiCo may acquire additional shares in other transactions.”

Wimm-Bill-Dann is a leader in both traditional and value-added dairy products, with a solid position in juice.  This aims to make Pepsi the largest food and beverage business in Russia.  It also gives the company a leg into the dairy category and will allow it to get a larger footprint in Eastern Europe and Central Asia.

The deal will add to the top-line and bottom-line as well.  Pepsi noted that the transaction will raise PepsiCo’s annual global revenues from nutritious and functional foods from approximately $10 billion today to nearly $13 billion.  More importantly, Pepsi noted that the transaction “moves the company closer to its strategic goal of building a $30 billion nutrition business by 2020.”

We noted earlier that PepsiCo has a long history in Russia.  Through the 1970’s, 80’s and 90’s one of the few Vodka brands in the U.S. from Russia was Stolichnaya vodka.  That was via a barter arrangement, Pepsi bartered for vodka under the old U.S.S.R.

Wimm-Bill-Dann has over 16,000 people and 38 production facilities.  After the deal, PepsiCo will employ approximately 31,000 people in Russia, Ukraine and Central Asia and it will have 49 manufacturing facilities.  PepsiCo has a market cap that is now $104 billion.