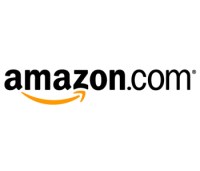 Amazon.com Inc. (NASDAQ: AMZN) has another report that may be baffling for some investors.  The online retailer of just about everything reported that income fell 8% to $191 million or $0.41 EPS and a 51% gain in sales as $9.91 billion in revenues.  Thomson Reuters had estimates of $0.35 EPS and $9.37 billion in revenues.

Operating income was $201 million in the quarter versus $270 million a year earlier, and the company noted a favorable impact from foreign exchange rates on operating income of $28 million.  Both North America and International segment sales were up 51%, and its worldwide media sales grew 27% to $3.66 billion.

What has been amazing about Amazon is that it has been able to get away with higher cloud and cap-ex spending at the expense of margins.  Now we can expect a new tablet PC later this year, and the company is still fighting tax issues in states while continuing to invest.  The company showed that operating margin was down to 2.0% in the quarter, but it then listed as 3.1% later on in the release for its trailing twelve months.  This trend has continued to be baffling for many financial forecasters looking into Amazon’s metrics.