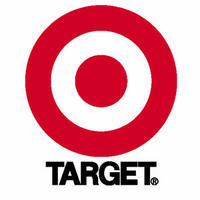 Target Corp. (NYSE: TGT) reported earnings this morning and the second quarter results were solid if not spectacular. Target posted EPS of $1.03 vs. expectations of $0.97. Net profit rose from $679 million in the same period a year ago to $704 million. Revenues for the quarter totaled $16.24 billion compared with an expected $16.17 billion.

The variation in sales leads to a couple of observations. First, and most obvious, is uncertainty. Retailers don’t know what to expect — will there be more customers or fewer; can we hold our margins and still attract customers; how can we get customers to spend more per trip? Quarterly results indicate that Walmart’s strategy of offering low prices is not going to move the needle much. Walmart’s customers can’t afford to spend more given the precarious state of the economy, and the dollar stores continue to pick off customers at the low end of the scale.

A second observation is that some of the companies’ management teams may be more effective at getting ahead of the economy. Home Depot, as we pointed out,consolidated earlier and faster than Lowe’s, which closed seven stores earlier this week.  Walmart’s Sam’s Club stores are doing quite well, but the company is spending a lot of time and effort on getting into large metropolitan areas, either by building new, smaller stores or by seeking acquisitions. So far the results are mixed for Walmart.