The Most Profitable Stores in America 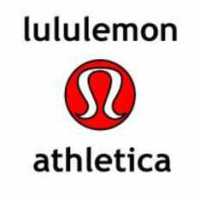 The past few years have been challenging for the retailing industry, and there are signs that 2012 will be no different. One key metric used to judge the health of a store is sales per square foot. Research company RetailSails recently ranked U.S. stores based on this metric.

Read: The Most Profitable Stores in America

Apple is at the top of the list with the highest sales per square foot. Perhaps most interesting is the large gap between Apple stores and the rest of the market. Apple stores now average $5,600 per square foot of retail space, nearly double the nearest retailer. However, Apple is a unique case as a leader in technology and innovation, and a company with what may be the strongest brand name in the world.

24/7 Wall St. wanted to see if common features could be found among the retailers that managed to get top dollars per square foot. Branding is perhaps the biggest common factor because it helps drive traffic to the stores. Retail establishments with low foot traffic find it nearly impossible to have strong sales per square foot.

In addition, each retailer on the list could be considered luxury goods sellers, with the exception of GameStop. To GameStop’s advantage, however, gaming DVDs tend to take up less room on a shelf than, say, flatscreen TVs.

It is worth noting that four of the top companies are also featured on RetailSails’ 25 fastest-growing retailer list, on which retailers are ranked based on trailing four quarters sales growth. It could very well be that companies with highly profitable locations have easier access to capital to invest in new locations, which in turn further helps underwrite future growth. If so, high margins beget greater sales, at least for some period. The data from retailers on this list would help support that theory.

Also Read: The Ten States That Run on Nuclear Power

For comparison to these six highly successful retailers, Wal-Mart Stores (NYSE: WMT) has a gross margin of 25% and an average of $414 in sales per square foot. All data on revenue, net income and gross margins are based on trailing 12 months earnings reports.

Is Now a Good Time to Own Shopping Centers? Baird Analyst Isn't So Sure.