Costco: Profits Depend on Membership Fees 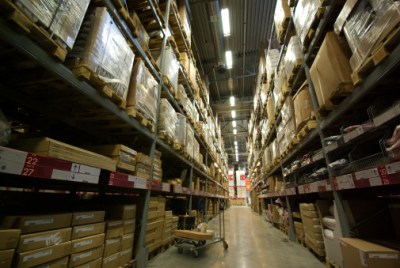 In the same period a year ago, Costco reported EPS of $0.90 on revenue of $22.51 billion. This morning’s results also compare to the Thomson Reuters consensus estimates for EPS of $1.06 and $25.05 billion in revenue.

For the quarter, same-store sales rose 5%, both including and excluding gasoline sales. EPS was positively influenced by a $0.10 a share tax benefit.

The company offered no guidance in its earnings announcement, but the consensus estimate for the quarter ending in May calls for EPS of $1.03 on revenues of $24.43 billion. For the full 2013 fiscal year, EPS is estimated at $4.50 on revenues of $106.57 billion.

Costco’s net income for the quarter totaled $547 million and the company’s revenue from membership fees totaled $528 million. That is Costco’s edge over Wal-Mart Stores Inc. (NYSE: WMT) and Target Corp. (NYSE: TGT). Costco raised its membership fees in late 2011 by 10%.

This Is the Least Trusted Retailer in America

The Most Trusted Retailer in America

This Is Every Country With a Walmart Store

A New Day, a New Meme, a Newegg