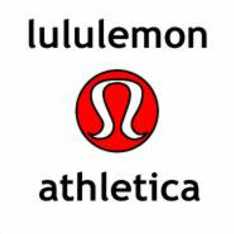 In the third quarter, Lululemon reported diluted EPS of $0.45 on revenues of $379.9 million, compared with EPS of $0.39 and revenues of $316.5 million in the same period a year ago. Same-store sales rose 5% year-over-year in the quarter, but operating income as a percentage of net income was lower, down from 25.5% a year ago to 24.3% this year.

Before Thursday morning’s report, Lululemon’s stock traded at more than 35 times expected 2013 earnings. For the following fiscal year, the forward multiple is nearly 28. That is well above the 21.7 multiple for Nike Inc. (NYSE: NKE) and well below the 47+ multiple for Under Armour Inc. (NYSE: UA).

Lululemon is stuck between a rock named Nike and a hard spot named Under Armour. One has a market cap more than seven times higher than Lululemon and the other is projected to grow faster. The space for Lululemon is shrinking as Nike and Under Armour move seriously into its space. The company’s outlook tells the story about customers and the forward multiples tell the story on the stock.