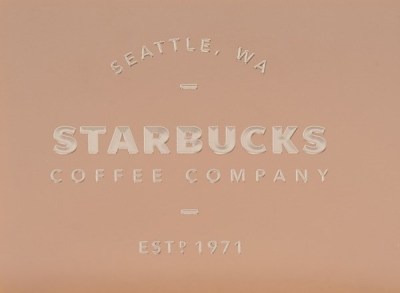 Source: courtesy of Starbucks Corp.
Howard Schultz, the ambitious founder and CEO of Starbucks Corp. (NASDAQ: SBUX), believes the coffee company can have a market value of $100 billion, about twice its current level. He figures that Starbucks operates with an unequaled mix of store and e-commerce sales, which will be the key to years of rapid growth. The goal is ambitious, but based on Starbucks’ track record, Schultz has good ammunition for his case, keeping in mind how many tens of thousands of places sell coffee.

“We’re still in the early stages of the growth and development of Starbucks, we’re delivering record profits and revenue, sharing our success with our partners and heading towards a $100 billion market cap.”

With a 66-foot-wide backdrop of company stock symbols scrolling behind him, Schultz said there are more than 5,000 publicly listed companies on the New York Stock Exchange and NASDAQ. Of those, 150 have a market cap greater than $50 billion, he said as symbols on the ticker disappeared. Only 16 companies are increasing revenue by 10 percent or greater a year. Only 13 are growing earnings per share of at least 15 percent a year — including Google, Amazon, Facebook, Visa and MasterCard.

“Only one on the NASDAQ is a brick-and-mortar retailer with the unique combination of physical and digital assets to navigate the seismic changes in consumer behavior we witnessed this past holiday. Starbucks.”

Starbucks currently has a market cap of about $57 billion, which is about the same as that of General Motors Co. (NYSE: GM) and Time Warner Inc. (NYSE: TWX). Schultz probably would argue that coffee is a more promising business than entertainment or car making. The challenge to that argument is the breadth of Starbucks’ competition and the modest annual improvement in its own revenue.

It would be short of generous to say that Starbucks has not grown well. Fiscal 2013 revenue was $14.9 billion, on top of $13.3 billion in fiscal 2012. For the trailing 12 months, the number has jumped to $15.4 billion. Starbucks has a current growth rate of about 12% a year. Its net income margin has run just over 10% recently. This hardly puts it in the tier of Google Inc. (NASDAQ: GOOG) or Facebook Inc. (NASDAQ: FB), which can argue that in good years their net income margins should be well into the double digits.

And Starbucks will be nagged forever by the fact it was flanked by McDonald’s Corp. (NYSE: MCD) in the coffee business. Wall Street has not forgotten that one of America’s oldest fast-food companies trumped one of its newest ones using distribution heft, brand and a huge store chain size to stagger Starbucks within the business in which it claimed to be the leader.

Starbucks is still in the store business. It cannot help that this is a model that has moved out of vogue. In the world of fast food, there are still too many locations around the United States, and too many of those still sell coffee of one sort of another.