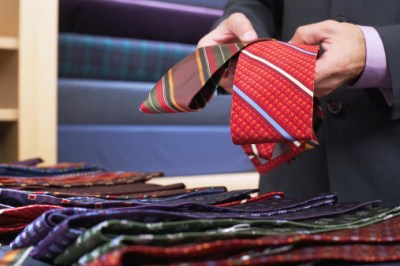 After the two sides in the acrimonious $1.8 billion merger between Men’s Wearhouse (NYSE: MW) and Jos. A. Bank (NASDAQ: JOSB) finally reached an agreement, the drama faded from the headlines, though questions about the ability to achieve the synergistic savings originally touted remained. Now the Federal Trade Commission has approved the transaction, ruling consumers likely won’t be hurt by the union, but they’ll monitor the situation and reserve the right to take future action.

The ruling was all but a foregone conclusion. Although it creates the fourth-largest retailer of menswear, which will have $3.5 billion in pro forma sales, 1,700 stores, and about 23,000 employees, there was hardly a question the fragmented menswear industry would suffer competitively by the joining of its two most publicly visible players. In fact, it would probably better allow them to compete against department stores.

The regulatory agency pointed out in a recent blog post that not only was there plenty of competition, specifically calling out the presence of Macy’s, Kohl’s, JC Penney’s, Nordstrom, and Brooks Brothers, which sell suits across a broad range of prices, but their target demographics were dissimilar as well. It noted Men’s Wearhouse has a younger, trendier customer base and sold both branded and private-label suits as a result. Jos. A. Bank, on the other hand, catered to an older, more traditional customer and only sold private-label suits. Their competing national footprints did nothing to upset the balance in the market.

And though it exists, online competition is essentially a non-factor because people do not intuitively think of buying a suit online, which differentiates its competitive position from other bricks-and-mortar type businesses, such as the recently approved Office Depot (NYSE: ODP) acquisition of OfficeMax. There the changing nature of the marketplace had created a viable and powerful online competitor to the standalone stores and spoke to the reason why allowing those two to join together was similarly given the nod.

Unfortunately, the FTC was able to use the power of 20/20 hindsight to see the benefits, if not the necessity, of allowing the two office supplies retailers to merge, but it was because of its previous myopic outlook when it denied Staples (NASDAQ: SPLS) the right to acquire Office Depot in 1997 that it nearly brought the industry to its knees.

Because the regulators couldn’t envision a market scenario that would have Amazon.com (NASDAQ: AMZN) become a premium rival to Staples, it only viewed the situation of competitors with a physical presence and determined a union would kill competition. It also failed to see that a hellacious recession would create an environment where there were simply too many office supply stores that would cannibalize each other’s sales, let alone their own. Staples plans on closing 225 stores by the end of this year alone, and downsizing to smaller footprint shops at others; Office Depot will be closing at least 400 stores over the next two years. By permitting too many companies to compete, the FTC nearly killed all of them.

Trailing revenues at Staples of almost $23 billion are more than 5% below where they stood five years ago and are 8% below their peak hit back in 2012. Office Depot’s revenues are barely above where they were five years ago, but only because it was able to close on OfficeMax, otherwise sales would have fallen.

Unlike with office supplies, though, denying the merger of Men’s Wearhouse and Jos. A. Bank probably wouldn’t have brought them down, but there was no compelling reason not to do so either. While creeping improvement in the economy has helped prop them up, the regulatory agency can’t see what the future holds there either. Another recession could very cripple the clothiers let alone Staples and Office Depot.

In the end once the men’s clothing retailers got beyond their pride and hammered out an agreement, regulatory approval was a fait accompli and merely a matter of time. Indeed, you have to wonder what took them so long.

Take advantage of this little-known tax “loophole” Recent tax increases have affected nearly every American taxpayer. But with the right planning, you can take steps to take control of your taxes and potentially even lower your tax bill. In our brand-new special report “The IRS Is Daring You to Make This Investment Now!,” you’ll learn about the simple strategy to take advantage of a little-known IRS rule. Don’t miss out on advice that could help you cut taxes for decades to come. Click here to learn more.

Customers Are Stealing From Walmart