Is Target Still Misunderstood by Investors? 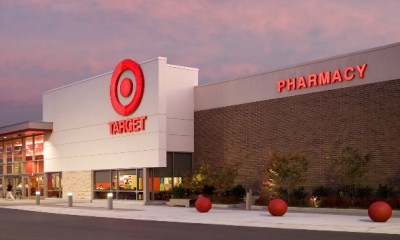 Source: courtesy of Target Corp.
E-commerce is becoming ever more prevalent. Companies that cannot keep up with this trend or are perceived to have weak e-commerce departments are expected to fall to the wayside. Target Corp. (NYSE: TGT) has seen its share of problems, in particular after its major data breach that harmed the company and its customer relations. We are now more than a year past that fiasco, and it could be that a serious case of misconceptions against Target are keeping its shares lower than they might be otherwise.

Wells Fargo has highlighted several misconceptions about Target and its e-commerce operations.

Having a weak e-commerce department might have been true of Target in the past. The retailer chose Amazon to operate its website for years, and then the company endured a rocky transition as the site was brought in-house. As a result, Wells Fargo thinks that Target has made significant strides catching up, and this is underappreciated by Wall Street.

The brokerage firm expects this message to be more pronounced come Target’s analyst day on March 3.

ALSO READ: What Is the Allure of Target?

The brokerage firm gave its valuation range as $83 to $88. This was based on a both a price-to-earnings (P/E) valuation and a five-year discounted cash flow analysis. Risks to this valuation include consumer spending, slowing or declining industry growth, and an improving competitive landscape.

If you look at a stock performance screen comparing Target to Amazon and Wal-Mart, Amazon is leading the way so far in 2015 with year-to-date gains of 19%. Still, Target is the winner by far over the trailing 52-weeks with a gain of 38% — versus only 2.6% for Amazon and 19% for Wal-Mart.