What the New Whole Foods Markets Concept Means for Shareholders 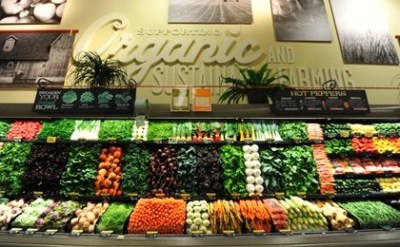 Source: courtesy of Whole Foods Market
On June 10, organic grocer Whole Foods Market Inc. (NASDAQ: WFM) unveiled the official name of its new value grocery initiative on its blog, calling it “365 by Whole Foods Market.” This concept will involve a smaller, hi-tech oriented, valued and store brand focused approach. This may leave some investors puzzled and wondering about the company’s focus on its core competency — organic groceries.

In the most recent quarter, Whole Foods Market saw its sales and earnings per share increase 10% and 14%, respectively, year over year. Moreover, its same stores sales increased a respectable 3.6% on a currency adjusted basis. Why fix what’s not broken?

Whole Foods Market, ever the capitalist company, understands that it needs to adapt or fail. Whole Foods Market, with the understanding that the customer pays the bills, came to the realization that the millennial demographic watch what they spend on food. In addition, millennials watch whether the food comes from natural and environmentally sustainable sources.

Moreover, this move does not represent a deviation from Whole Foods Market’s core competency. It actually represents an attempt to offer consumers a better bang for their buck, while staying true to its value set of quality and natural foods. This came at the assurance of Jeff Turnas, the president of 365 by Whole Foods Market.

Whole Foods Market’s stock was up slightly in Thursday morning trading, representing a somewhat enthusiastic response by Wall Street to the news. Overall, Wall Street believes Whole Foods Market possesses some potential. Thomson/First Call has the mean target price pegged at $48.42 per share. This represents an 18% gain from its current stock price.