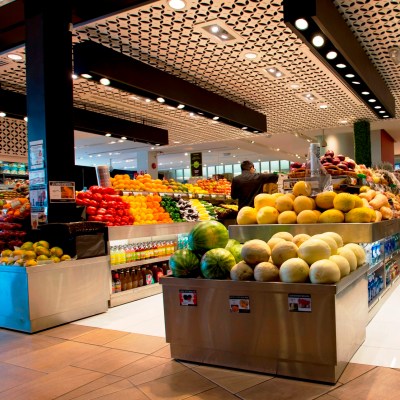 Source: Thinkstock
In an exclusive report published Friday morning, Fast Company cited people familiar with the matter who said that Target Corp. (NYSE: TGT) and Kroger Co. (NYSE: KR) are discussing a possible merger. Both companies’ share prices got a nice boost in premarket trading and neither company commented on the story.

Shortly after the Fast Company story, CNBC cited a source close to the matter who said there is “no truth” to the merger report. The source acknowledged that the two firms had been meeting to discuss a partnership with Shipt, a same-day delivery company acquired by Target last December for $550 million.

The market reaction to the possible merger indicates that investors and traders think one or both of Target and Kroger need to do something big if they want to remain competitive with Amazon.com Inc. (NYSE: AMZN) and Walmart Inc. (NYSE: WMT).

Amazon’s $13.7 billion acquisition of Whole Foods struck fear into the hearts of grocery stores worried that the e-commerce giant will lay waste to the grocery sector in the same way it has left a trail of closed and struggling department stores.

But could a merger of Kroger and Target salvage either one or just be a tactical move to delay the inevitable? Would Target expand its in-store grocery offerings and give more space to a Kroger-branded grocery section or would the merger merely combine two large companies that would mostly continue doing business as usual?

The answers may depend largely on the accuracy of current projections for online grocery sales. Fast Company notes:

Food Marketing Institute and Nielsen estimate that 70% of consumers will be grocery shopping online within the next five to seven years, according to a January report. The joint report also says that online food and beverage spend could hit $100 billion as early as 2022.

That’s a market worth fighting over. If Kroger and Target were to merge, they had better have a plan on how the combined company can win that fight.