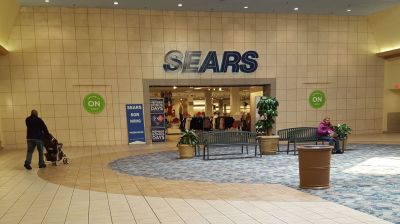 Source: https://www.flickr.com/photos/10542402@N06/
The CEO of Sears Holdings Corp. (NASDAQ: SHLD) wants his hedge fund to buy the company’s Kenmore appliance division as another means of getting the retailer cash and stripping it of one of its most valuable assets. It is one more in a long line of financial engineering by Eddie Lampert, which has included shuttering stores, loaning the company money and disposing of part of Sears and Kmart, the company’s operating divisions.

Lost in all the noise are the approximately 90,000 workers whose jobs are at risk, many of whom can count on being laid off.

The news of Lampert’s plans knocked Sears Holding’s shares down 13% to $1.59. That is against a 52-week high of $9.63. Many experts and credit agencies believe the retailer will need to go bankrupt. As part of that, Sears will need to close stores. If the move is a liquidation like the recent Toys “R” Us plan, all the company’s 90.000 employees could lose jobs. The figure is about half of what the U.S. economy has added each month for several years. A layoff of this magnitude would be nearly unprecedented.

If Sears workers are not let go all at once, their positions will bleed out more slowly. There is not a shred of evidence the traffic to Sears, Kmart and their e-commerce businesses will return. In its most recent quarter, revenue was $2.9 billion, down from $4.2 billion in the same quarter a year ago. The company lost $424 million, compared to a profit of $249 million in the year-ago period. Long and short debt and lease obligations totaled almost $5 billion. Sears had $186 million in cash, probably less than a few weeks of what it needs to stay afloat.

Maybe Lampert will make more loans to Sears or sell more assets. It is a strange world in which a CEO can buy the best of his failing company’s assets.

Sears may be months from disappearing, along with the 90,000 workers it has left.