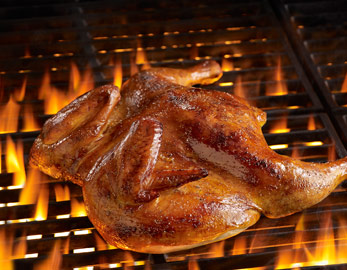 Source: ElPolloLoco.com
El Pollo Loco Holdings Inc. (NASDAQ: LOCO) sold 7.14 million shares in an initial public offering (IPO) Friday morning. The opening price was more than 25% above its IPO price of $15, which was the top of the expected price range on Thursday evening. The company operates limited-service restaurants that it says combine the quality of food customers may find at fast casual restaurants with the service speed of quick service restaurants — sort of a McDonald’s meets Chipotle.

The lead underwriters are Jefferies, Morgan Stanley and Baird. Co-managers were listed as William Blair and Stifel. If the overallotment option of 1.07 million additional shares is exercised in full, the sale would be for some 8.2 million shares. At $15 a share, and including the full overallotment share count, El Pollo Loco’s offering is valued at roughly $123 million.

The company plans to use the proceeds to repay in whole or in part its existing $100 million second lien term loan facility:

We intend to repay $100 million of the outstanding principal amount of our Second Lien Term Loan Facility [which matures on April 11, 2019] and $1.5 million in prepayment penalties and fees with the proceeds from this offering and approximately $11.3 million of available cash from our Consolidated Balance sheet. In the 2013 Refinancing, the proceeds from our $100 million Second Lien Term Loan Facility were used to refinance substantially all of our $105 million 17% Second Priority Senior Secured Notes due 2018.

The company further said, “An affiliate of one of the underwriters is a lender under our Second Lien Term Loan Facility and will receive a portion of the proceeds of this offering.”