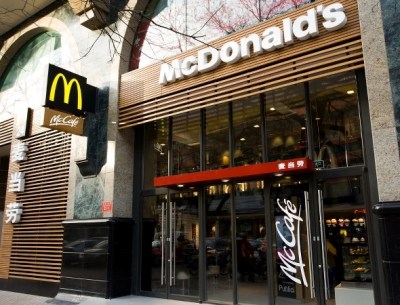 Source: courtesy of McDonald's Corp.
While shareholders had some reason to be pleased with the McDonald’s Corp. (NYSE: MCD) turnaround plan announced on Monday, those reasons were not shared by two credit ratings agencies. Both Standard & Poor’s and Moody’s weighed in on the company’s debt within hours of the announcement.

The concern is on the part of the McDonald’s plan that accelerates and increases the share buybacks and returns to shareholders. Both ratings agency are concerned about leverage. Here’s what Moody’s said:

[Moody’s has] placed all ratings of McDonald’s Corporation (McDonald’s) on review for downgrade following the company’s recent announcement to accelerate its shareholder based initiatives, which Moody’s views as the adoption of a more aggressive financial policy, that will require higher than expected debt levels and result in a material deterioration in credit metrics and could limit its financial flexibility.

Moody’s has senior unsecured debt rated at A2.

At S&P, the concerns were similar:

The return to shareholders of about $8.5 billion this year will necessitate higher leverage than we forecast and represents a more aggressive shift toward shareholders returns than we previously assumed.

S&P lowered its corporate credit rating from A to A- with a stable outlook. McDonald’s commercial paper rating was also lowered one notch, from A1 to A2. And the ratings agency also warned about any further increases in returns to shareholders:

We would likely lower the rating by one notch if the company increases its return of capital to shareholders in 2016 beyond current planned levels while experiencing limited improvement in customer response (improved traffic and positive comparable sales in the U.S. for example) during the next year to 18 months.

Both agencies are weighing McDonald’s operating performance and finding it wanting. S&P said that negative same-store sales comparisons in the United States, lack of growth in China and share repurchases totaling more than $3 billion this year could lead to another drop in its rating.

As for its confidence in the turnaround plan, S&P is decidedly cool:

Longer-term, we may consider a higher rating if the company’s turnaround actions for operating performance gains traction with consumers and leads us to conclude that operating performance will return to levels consistent with historical levels—for example, a turnaround in negative comparable sales. … However, given the company’s financial policies and recent operating trends, we also view such a scenario as less likely in 2015 to 2016.

Without actually saying it, both Moody’s and S&P are telling McDonald’s that the proof of the turnaround plan will come from improved sales and profits from operations, not from greasing shareholders’ palms with payouts the company cannot afford.

A cynic might think that because corporate executives receive a large portion of their compensation in share options these same executives have a reason to maintain a high share price. The practice can always be explained as aligning corporate and shareholder interests. The credit ratings agencies are only willing to swallow a portion of that story.