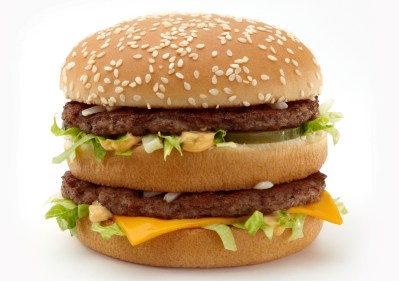 Source: courtesy of McDonald's Corp.
After rolling out tests of the company’s new automated ordering kiosks in several locations around the United States, McDonald’s Corp. (NYSE: MCD) last week unveiled the first “Create Your Taste” kiosk in Manhattan. The giant touch-screen devices have become popular with younger customers, according to the store’s franchise owners.

The kiosks may be a bigger benefit to McDonald’s than to the stores’ customers though. First of all, kiosks don’t demand to be paid $15 an hour. In cities like San Francisco, Los Angeles and Seattle, that could be an incentive for franchisees to install the devices and cut staffing.

Second, there has been research evidence that customers who use technological devices like kiosks spend more money than when ordering from a person. And the machines are faster than human beings. According to a report at Inquisitr.com:

Eleven years ago, researchers discovered that customers would spend upwards of a dollar or more using kiosks at McDonald’s versus ordering from a human being. At that time, that was a 30 percent increase in a McDonald’s order. Additionally, researchers discovered that 20 percent more customers that didn’t initially order a drink would order one when the kiosk offered it — something that the McDonald’s kiosk would do on every single drink-less order. …

A 2011 study found that self-service kiosks at restaurants like McDonald’s resulted in order times that were seven seconds faster than when dealing with human beings. That may not seem like much, but the same research study said that shorter order times of that length could result in an increase in a company’s market share by 1 to 3 percent. In terms of the billions of dollars made by a company like McDonald’s, that 1 to 3 percent could mean millions of dollars.

McDonald’s also is trying to freshen its menu choices to help with its turnaround efforts. The idea with the kiosks is to add that legendary fast-food speed to a more healthful menu. Given McDonald’s current troubles, it is worth a try.