The initial public offering market  in 2012 is likely to be much stronger than many anticipate. Despite the lingering uncertainty and the underperformance of many popular IPOs in 2011, this year may see some very exciting underwriting activity with more than 200 companies hoping to go public. 24/7 Wall St. has evaluated dozens of IPO candidates to find the Top 17 IPOs To Watch In 2012.

Facebook and its $100 billion valuation, although by far the largest on our list, is just one of many IPO potentials which will be in high demand. A new stock exchange, a host of online media outfits, a giant casino, big name retail, and private equity are all trying trying to have successful IPOs in 2012. You do not have to be an approved Second Market account holder or a venture capitalist to have a stake. Investors in 2012 can invest through business development outfits like GSV Capital Corporation (NASDAQ: GSVC), which owns shares of Facebook and Twitter, and Keating Capital, Inc. (NASDAQ: KIPO). These pre-IPO funds were not available ahead of many of the top 2011 IPOs. There is even the First Trust US IPO Index (NYSE: FPX) fund for investors looking at other investment strategies around IPO investing.

But other than those listed here, there are many other potential IPO candidates waiting in the wings. Among the private equity’s past giant leveraged buyouts are Univision and Clear Channel in media and TXU in power and electricity, which could all be potential IPO candidates if and when the market will accommodate them. Also, such companies as the fashion-deal site called Gilte Groupe, the “Angry Birds” video game maker Rovio, and others are also waiting in the wings with possible IPOs.

24/7 Wall St. has compiled a detailed review of each of the expected top IPOs for 2012. We have included details on the finances, backers, related entities, financial terms, the size of the IPO, and even the underwriting groups.

1.  BATS Global Markets, which was founded in 2005, first filed to become a public company in May of 2011. The company, which started as an alternative to the NYSE for equities trading in Europe and the U.S. is now the third largest equity exchange in America and operates the second largest pan-European multilateral trading facility. As such, this IPO is is a key one for investors of exchanges and trading platforms. BATS plans to raise up to $100 million through the offering. More than 90% of the company’s revenues come from trading U.S. equities. These days it is also a primary listing venue, meaning it can conduct IPOs. The global operator of stock and options markets plans to list its shares on its own exchange rather than the NYSE under the ticker BATS. The offering will have a dual-class share structure and the bankers are listed as Morgan Stanley, Citigroup, and Credit Suisse. 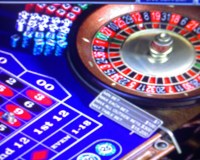 2.  Caesars Entertainment Corporation filed for its IPO in late 2011. This IPO is a holdover from the private equity buyout days when the company tried to go public but later retracted the offering. No exchange was specified nor was a ticker set in the filing. As of September 30, 2011, the company owned or operated 52 casinos in a dozen U.S. states and seven countries under the brand names of Caesars, Harrah’s and Horseshoe with a total gaming space of 3 million square feet and about 42,000 hotel rooms. Caesars Entertainment is what’s left of the massive $9.3 billion buyout by Apollo Global Management, LLC (NYSE: APO) and TPG in 2005. Sales in the first nine months of 2011 were more than $6.6 billion and operating income was was over $600 million, with a net loss after items of $467 million. Private equities and casino operators are paying close attention to this IPO. If the real size of the overall company is too large, perhaps the private equity firms may consider breaking the underlying companies up into separate offerings and utilize a ‘keiretsu’ approach under a network of companies.

3.  The Carlyle Group, L.P. filed to raise up to $100 million in securities in September 2011. As one of the best known names in the world of private equity IPO be one to watch, for investors and other private equity companies. No ticker and no exchange were designated in the filing, but the company named J.P. Morgan, Citi, and Credit Suisse as the lead underwriters. With more than $150 billion in assets under management, this private equity giant is a key player in real assets, global market strategies, and now also in funds of funds after buying a 60% equity interest in AlpInvest. With several private equity companies already publicly traded, Carlyle has been an IPO candidate group for years.