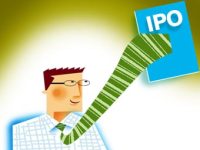 The market for Initial Public Offerings is booming.  After seeing so many IPOs trade exponentially higher than expected in 2010, the market should continue to be strong in 2011.  We have created what was supposed to be a top ten list for the year.  There are so many great names here already in the IPO pipeline that this list came to seventeen key IPOs to watch in 2011.

Private equity tried to unload stakes in 2010 with mixed results.  Now that the capital gains tax and dividend tax rates have been extended for another two years,  there is a 24 month period with some breathing room.  We are also seeing many great venture capital-backed deals coming to market.

Below are the IPOs to watch:

AMC operates 382 theaters with a total of 5,342 screens of July 1, 2010.  It generates roughly $2.7 billion in revenues and earned about $71 million in the last fiscal year.  Owners include J.P. Morgan Partners, Apollo, Bain Capital and The Carlyle Group. AMC  claims a pro forma average U.S. ticket price of $8.39 for fiscal 2010 versus $7.64 for the industry during the 12-month period ending March 31, 2010.  Its exposure to 3D and IMAX formats has also helped it maintain market share.  Its two top public competitors are Cinemark Holdings Inc. (NYSE: CNK), worth $2 billion, and Regal Entertainment Group (NYSE: RGC), worth $1.87 billion.

Carbonite, the online storage backup for consumers and businesses, has raised roughly $67 million in various venture rounds, while its sales have doubled each year since its launch in 2006.  The company claims to have backed up some 80 billion files, with more than 150 million new files backed up daily. It also claims to have restored more than 7.2 billion files that would have been otherwise lost forever.  Inc. Magazine placed it as #9 on its Inc. 500 list for 2010 of the 500 fastest growing private companies.  With “the cloud” remaining a hot topic and with its annual basic plan starting at less than $55.00 a year, Carbonite should have a solid reception when it comes to market.

Chrysler is the well-known distant number three of The Big Three.  The company was bailed by U.S  taxpayers, emerging from bankruptcy in mid-2010 under the operating control of Italian car maker Fiat.  After a solid General Motors (NYSE: GM) IPO and after a solid profitable turnaround at Ford Motor Co. (NYSE: F), an IPO filing in the coming months seems highly likely.  Even if the company wanted to stay under the Uncle Sam’s bailout umbrella for another year, the government seems to have been more keen on rapidly selling off its stakes in bailed-out companies. Fiat owns close to 25% and can increase its ownership to about 35% after certain performance hurdles. If it pays back the U.S. government for the bailout it can take as much as a 51% stake.  It projects $1.6 billion to $2.4 billion in operating profits with total sales of about 1.6 million units in 2011. 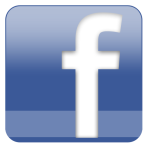 Facebook has taken over the world as the social networking giant since its launch in 2004.  CEO and founder Mark Zuckerberg is now a billionaire on paper and recent funding of $500 million from Goldman Sachs Group Inc. (NYSE: GS) put the valuation at a staggering $50 billion.  Suddenly, the Microsoft Corporation (NASDAQ: MSFT) investment of $240 million for a 1.6% stake and about $15 billion valuation seems like a steal.  Zuckerberg has said an IPO will be inevitable, but the time frame is ‘later,’ and he has tried to keep the act up that Facebook will not file for an IPO this year.  The SEC is inquiring about its sales of shares for insiders and over its finances due to the number of holders; the SEC requires companies with 500 or more shareholders to make financial filings almost the same as if they were a public company.   In the end, whether Zuckerberg wants to have it public or not, you could argue that Facebook is already partly public.

Frac Tec Services Inc. has already filed its paperwork with the SEC for its IPO, and it has even selected a rather large consortium of investment banks, including Credit Suisse, BofA/Merrill Lynch, Citigroup, Morgan Stanley, and RBC Capital to lead its public sale.  Frac Tech may not be a well-known name but it owns 22 hydraulic fracturing units and the equipment used for services on wells with hard to recover resources.  The company has grown rapidly since launch of operations in 2006.  Sales for the nine-month period ending September 30, 2010 already were more than $800 million.  Petrohawk, XTO and Exxon Mobil are among its customers.  A unit of Chesapeake Energy (NYSE: CHK) owns about a 25% stake. 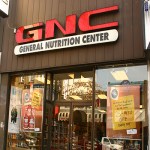 GNC Nutrition Centers may be public again.  This would not be its first time as a public company, and the sale is coming from Ontario Teachers’ Pension Plan after being acquired from Apollo Management.  GNC Holdings Worldwide owns and franchises 7,100  stores that sell vitamins, minerals, and other health products..  The 2010 IPO filing was for up to $350 million in stock, and it listed Goldman Sachs and J.P.Morgan as its lead underwriters.  Why might it not come public despite more than $1.7 billion in sales with operating income of $181 million?  Rumors have been out as recently as December that yet another private buyer may acquire it.