The 10 Most Educated Countries in the World 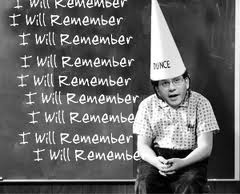 In the past 50 years, college graduation rates in developed countries have increased nearly 200%, according to Education at a Glance 2011, a recently published report by the Organisation for Economic Co-operation and Development (OECD). The report shows that while education has improved across the board, it has not improved evenly, with some countries enjoying much greater rates of educational attainment than others. Based on the report, 24/7 Wall St. identified the 10 developed countries with the most educated populations.

Read the 10 Most Educated Countries in the World

The countries with the most highly educated citizens are also some of the wealthiest in the world. The United States, Japan and Canada are on our list and also have among the largest GDPs. Norway and Australia, also featured, have the second and sixth-highest GDPs per capita, respectively. All these countries aggressively invest in education.

The countries that invest the most in education have the most-educated people. All of the best-educated countries, except for the UK, fall within the top 15 OECD countries for greatest spending on tertiary — that is, college or college-equivalent — spending as a percentage of GDP. The U.S. spends the second most and Canada spends the fourth most.

Interestingly, public expenditure on educational institutions relative to private spending by these countries is small compared with other countries in the OECD. While the majority of education is still funded with public money, eight of the countries on our list rely the least on public funding as a percentage of total education spending.

The countries included here have had educated populations for a long time. While they have steadily increased the percentages of their populations with postsecondary educations, the increases are modest compared to developing countries. The U.S., Canada and Japan have had tertiary educational attainment above 30% since at least 1997. Poland, a recently developed country that is not on our list, had a tertiary educational rate of 10% in 1997. As of 2009, that rate had grown to 21%.

These are the 10 most educated countries in the world.