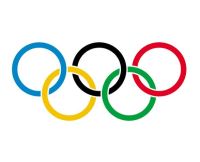 Source: Wikimedia Commons
Since the modern Summer Olympics began in Athens in 1896, the sporting events have changed with every game. As popularity of sports change, new ones are added and old ones are phased out. In London, athletes will compete in hundreds of events in 32 different sports. Of those 32, only five — track and field, archery, swimming, gymnastics and fencing — have been consistently offered since the 1896 Games.

Many of the sports that used to be offered make sense to the average American. They are popular sports that most people have heard of, including baseball, rugby and lacrosse. Some of these may be phased back into the Olympics in the coming years.

However, other past events of the Summer Olympics are baffling, and yet many of them were fixtures of the Games for years. The tug-of-war, for example, was featured in six Games — as many as baseball — from 1900 to 1920. Some sports were failed experiments. Most of these were only featured at one set of Games, while one sport, aeronautics, had just one competitor, who (naturally) won the gold. Based on a recent report on the Olympics by Goldman Sachs, 24/7 Wall St. identified 13 forgotten Olympic sports.

Most people agree on what constitutes an Olympic sport. It involves physical exertion and competition. However, several of the abandoned sports fall entirely outside this realm, including motorboating, which was an event in 1908. Even more bizarre, the Games featured an art competition from 1912 to 1948, which is actually the longest tenure of any of the discontinued events.

As some sports have disappeared, new ones have taken their place. Since the 1996 Olympics in Atlanta, beach volleyball has become a fixture of the Games. It is not the youngest sport to be featured in London. Three sports that debuted at Sydney in 2000 are tied for that distinction — the triathlon, taekwondo and trampolining.

The fact that trampolining, but not baseball, softball, rugby or golf is an official Olympic sport may be puzzling to some Americans, but fear not: There are plans to reintroduce each of these in the coming years.

24/7 Wall St. reviewed Goldman Sachs’ list of events offered at the modern Olympics since they began in 1896. From this list, we identified the sports that were featured in at least one Olympics and are not featured in the London Games. We excluded those sports that are part of the Winter Games, as well as those that are projected to return in the future. It should be noted that we are only measuring sporting categories, not individual events. For example, track and field is considered one sport with dozens of individual events.

These are the 13 forgotten Olympic sports: