Countries With The Most Immigrants 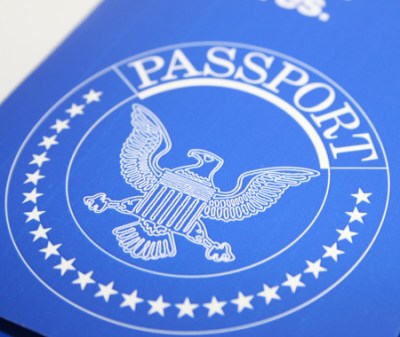 Source: Thinkstock
The United States has always been regarded as a nation of immigrants. Recently-published figures from the United Nations support this view. More than 45 million immigrants live in the U.S., according to UN figures, more than four times as many living in any other nation in the world.

Based on figures recently released by the UN’s Population Division, 24/7 Wall St. identified the eight nations with the highest total number of international migrants living inside their borders as of this year. These are the countries with the most immigrants.

Despite having large migrant populations, many of these nations do not have policies that actively support immigration. In fact, according to the UN, the governments of Saudi Arabia, France, the United Kingdom, and United Arab Emirates all promoted policies aimed at lowering the level of immigration into their countries, as of 2011. Only one of these nations, Russia, actively promoted immigration into their country as of 2011.

Most of these countries maintain different, more-accommodating policies for high-skilled workers than for most other potential immigrants, according to Vinod Mishra, chief of the population policy section of the United Nations Population Division. “It’s mostly the [number of] highly-skilled workers that almost all countries are trying to raise,” Mishra told 24/7 Wall St.

The actual immigration trends in these countries do not necessarily reflect the policies their governments have tried to enforce. Russia, which has actively sought to increase immigration, has had its immigrant population fall by 10% since 2010. Germany, which has sought to recruit highly-skilled workers from slumping Euro zone nations, has failed to retain many of the skilled workers that arrive there, and has also experienced a meaningful decrease in its immigrant population.

Similarly, all four nations whose governments viewed immigration as too high as of 2011 have seen immigrant populations rise between 2010 and 2013. In one such nation, the UAE, the number of immigrants has more-than doubled in that time.

One reason for the disparity between policy and migration rates is that some nations are more appealing to potential immigrants than others. The U.S.’s GDP per capita was more than $49,900 in 2012, among the highest in the world. All but one of the countries leading the world in immigrant population were among the top 30 countries in the world for per capita GDP in 2012. Mishra added that while nations can determine how many people they allow in, the decision to move to a certain nation is largely driven by demand. And the primary driver of demand, according to Mishra, are “financial factors [and] the availability of jobs.”

To determine the nations with the most immigrants as of July 1 2013, 24/7 Wall St. reviewed figures published by the United Nations Department of Economic and Social Affairs’ Population Division as part of its International Migration 2013 report. Information about governments’ attitudes and policies towards immigration and emigration, as well as statistics on the total number of international migrants from 2010, comes from the Population Division’s International Migration Policies 2013 report. Per capita GDP figures, which are adjusted to reflect purchasing power parity exchange rates, are from the IMF. Other measures, used to guage a nation’s attractiveness, are from the World Economic Forum’s Global Competitiveness Report 2013-2014.

These are the countries with the most immigrants.