The Worst Economies in the World 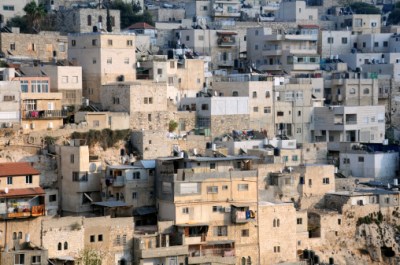 Source: Thinkstock
After sliding in the rankings for four consecutive years, the United States moved up two places in the World Economic Forum’s competitiveness ranking, from seventh last year to fifth in 2013. A combination of factors, including improving financial markets and a strong university system, helped the U.S. improve, despite certain weak macroeconomic elements.

The WEF’s Global Competitiveness Report defines competitiveness as the “institutions, policies, and factors that determine the level of productivity of a country.” In order to assess competitiveness, the WEF divided the 148 nations it surveyed into one of three classifications, depending on their development. Based on the WEF’s report, these are the worst economies in the world.

Almost all the 10 least competitive economies are extremely poor — six of them have a GDP per capita below $1,000. One of these economies, Burundi, has a per capita GDP of just $282. U.S. GDP per capita, by comparison, is nearly $50,000.

According to Margareta Drzeniek-Hanouz, lead economist at the WEF’s Global Competitiveness and Benchmarking Network, “competitiveness is not so much about countries competing in the global marketplace, but rather about the factors — politicians, institutions –that countries put into place to raise productivity and thereby grow.” In the case of the United States, Drzeniek-Hanouz highlighted financial market efficiency, labor market efficiency and innovation as factors that make the country globally competitive.

To create the Global Competitiveness Index (GCI) score for each country, the WEF ranked more than 100 economic indicators that it grouped into 12 broad categories. Also referred to as pillars, these categories quantify the extent to which a country is competitive. The pillars were then scored from 1 to 7, but each had a different weighting in the final country rank, depending on which classification a nation fell under. Innovation and sophistication accounted for 30% of the score for nations such as the United States, which is an innovation-driven economy, but just 5% of the final score for less-developed nations such as Haiti, a factor-driven economy.

Based on the WEF’s Global Competitiveness Report, which ranked 148 countries, 24/7 Wall St. reviewed the economies with the highest and lowest GCI scores. All GDP figures, as well as figures on government debt as a percentage of GDP and GDP per capita, were provided to the WEF by the International Monetary Fund. These are the 10 most and least competitive global economies.

These are the worst economies in the world.