The Least Tax-Friendly States for Business 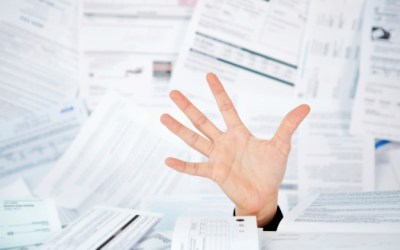 Source: Thinkstock
Taxes are necessary for a functioning government, but according to one group, many states are crippling regional business growth with tax structures that are too expensive or complex.

The Tax Foundation’s 2014 State Business Tax Climate Index graded all 50 states based on more than 100 measures that reflect how competitive a state’s tax policies are to both large and small businesses. The report considered state income, corporate, property, sales and unemployment insurance tax policies. As was the case last year, Wyoming had the best business tax climate in the country, while New York had the worst. Based on the Tax Foundation’s report, these are the least tax-friendly states for business.

States with high corporate tax rates ranked higher overall because they scored much better in other forms of taxes. Alaska levies no personal income tax, while New Hampshire has no sales tax.

The Tax Foundation considered other taxes in addition to corporate taxes because it believes all taxes affect a state’s business environment. Tax Foundation economist Scott Drenkard explained that the report included income taxes, for example, because 94% of all business filings are through this tax, and not corporate taxes.

Drenkard also added that personal income tax and the other taxes considered affect businesses’ ability to attract employees. “Individual income taxes matter because businesses are trying to attract labor to their state. If the choice is between New York City, which has as high as a 12% income tax, and, say, Charlotte, North Carolina, where you have much more moderate income tax burdens, all else equal, people might go with the lower-tax option.”

Another important factor in the rankings is the simplicity of states’ tax codes. One way of ensuring this, Drenkard explained, is by eliminating certain taxes altogether. Of the 10 top-ranked states, eight eschew at least one of the major taxes. Wyoming has no individual income tax or corporate income tax. “Going without one of the individual taxes means that all of that overhead cost, all of that economic waste associated with tax compliance, goes away.”

However, that the states with best tax climates have stronger economies may have less to do with their tax structure and more to do with abundant natural resources. Wyoming, Alaska, Utah and Montana all benefit from substantial oil, natural gas, coal or other mineral reserves. Drenkard noted that this natural advantage is the reason they are able to levy less harsh taxes in the first place.

Not all groups agree with the Tax Foundation’s assessment that higher and more taxes hurt state businesses. Carl Davis, senior analyst at the Institute on Taxation and Economic Policy, said, “The problem is that when you look at taxes in isolation — counting the number of dollars that come in — you miss the reason states are collecting taxes in the first place: to fund government services.”

As an example, Davis gave Maryland, which recently raised the gas tax rate to improve its roads and bridges. “This will likely hurt the state on the Tax Foundation’s business climate rankings, but one of the reasons the state raised the tax was that businesses were clamoring for it,” said Davis. “Businesses recognized that a well-funded infrastructure that’s not falling apart and can get employees to jobs on time and move products around the state efficiently is tremendously important to their bottom line.”

Based on the Tax Foundation’s 2014 State Business Tax Climate Index, 24/7 Wall St. reviewed the 10 states with the best and worst business tax environments. Unemployment rates are from the Bureau of Labor Statistics for August 2013. State debt and revenue figures are from the Tax Foundation for fiscal 2011, the most recent available year. Income, poverty, employment composition and state expenditure data are from the U.S. Census Bureau’s 2012 American Community Survey.

These are the least tax-friendly states for business.