Most and Least Tax-Friendly States for Business 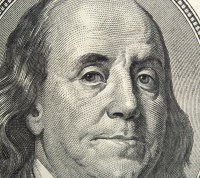 Source: Thinkstock
Policymakers have the difficult task of generating adequate tax revenue without excessively hampering economic growth and employment. States can promote business in various ways, but the tax system is one of the key elements encouraging economic activity. According to The Tax Foundation, a think tank that advocates for lower taxes and a simpler tax code, some states remain much more tax friendly to business than others.

The Tax Foundation’s 2015 State Business Tax Climate Index graded all 50 states on more than 100 different measures to reflect the climate of the states’ tax structures to business. The states that, according to the group, have the best business tax climates generally have lower tax rates, including lower personal and corporate income taxes, and less complicated tax codes. Wyoming is the most tax-friendly state for business, while New Jersey was the least tax-friendly state.

Click here to see the most tax-friendly states for business

Click here to see the least tax-friendly states for business

While many may assume the corporate tax rate is the primary concern for companies, Scott Drenkard, economist and manager of state projects at The Tax Foundation, said, “The main lesson from this report is that businesses and individuals are very connected. When we work, we work at business, or we own businesses.” Further, for small businesses, which are frequently organized as LLCs, S corporations, and sole proprietors, taxes are levied through the individual income tax code rather than the corporate tax rate.

High tax rates and the presence of certain kinds of taxes are not the only components that make a state’s tax system favorable for business. The structure of the a tax — whether there is a single or multi-bracket income tax system, for example — is also an important component. So, too, is the the breadth of the tax base, which can be the number of transactions, assets, or individuals on whom the tax is assessed. Drenkard explained that “if you have a narrow tax base it means your rates have to be higher on everyone else who isn’t getting tax carve outs.”

Not all tax experts agree that The Tax Foundation’s description of what makes a good business tax climate fairly reflects the attractiveness of a state for companies. Speaking to 24/7 Wall St., Matthew Gardener, executive director of the Institute on Taxation and Economic Policy, described fiscal policy as a two-sided coin. For fiscal policy, “the taxes we collect is on one side of the coin, but the public investments — the spending areas that taxes pay for — are on the other side.” Gardner asserted that The Tax Foundation’s approach considers only one side of the coin.

In fact, some of the states with favorable climates may offer residents fewer government benefits as a result of their low taxes. Gardner also added that states like Wyoming and Alaska have favorable tax climates for business because they can afford to do so. These states are able to raise huge sums of money through taxes on their large natural resources industries, and therefore do not need to collect as much tax revenue from incomes or sales.

According to figures from the Census Bureau’s 2013 Annual Survey of State Government Tax Collections report, 78.3% of all tax collections in Alaska were from severance taxes, or taxes on production of oil and other hydrocarbons. This is the highest percentage in the country. In Wyoming, that figure was 39.7%. By comparison, nationwide, less than 2% of all state tax collections came from such taxes.

Based on The Tax Foundation’s 2015 State Business Tax Climate Index, 24/7 Wall St. reviewed the 10 states with the best business tax environments and the 10 states with the worst business tax environments. Figures on various tax rates, bases, collections, and policies are from The Tax Foundation’s report. Unemployment rates are from the Bureau of Labor Statistics (BLS) and represent annual averages for 2013. Figures on GDP growth are from the Bureau of Economic Analysis and are also as of 2013

These are the most (and least) tax-friendly states.