Eight Hot Housing Markets That Are Cooling Down 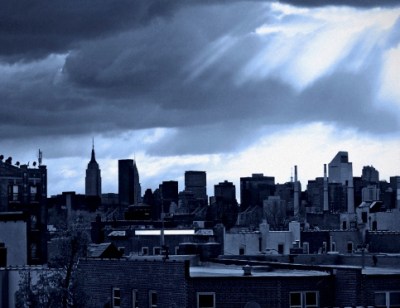 Source: Thinkstock
The national housing market is by most measures recovering at a healthy clip. Home prices in some of the hardest-hit markets — places like Reno, Nev., and Phoenix, Ariz. — were up by more than 30% in the third quarter of this year, compared to the same period last year. But while many cities have seen housing market activity heat up, others that were recently among the hottest in the nation have cooled off.

Realtor.com’s Quarterly Turnaround Towns Report measures the strength of the recovery in the nation’s large housing markets. The site ranked the markets with the biggest declines in inventory and inventory age, and the biggest increases in home prices, as markets leading the nation’s recovery in growth and demand. 24/7 Wall St. reviewed the eight metropolitan areas that were, according to Realtor.com’s rank, among the hottest markets in the country at the beginning of the year, but as of the third quarter have cooled down considerably.

Many of these markets were among the hardest hit by the housing crisis. Cities like Lakeland, Fla., Reno, Nev., and Bakersfield, Calif., had homes lose more than half their value during the collapse. As Alison Schwartz, vice president at Realtor.com, explained, it is not surprising that these markets were among the hottest at the beginning of this year. “Markets that were significantly impacted by the housing crisis have further to accelerate in order to get back to equilibrium conditions — whereas, markets that were less affected by the housing crisis have less room for acceleration.”

It appears, however, that the rapid recovery in these markets has slowed.

One of the most obvious indicators of a cooling housing market is a slowing of home price growth. In places like Ventura, Calif., and Orlando, Fla., home prices rose by roughly 25% last year. But in the most recent quarter, prices rose by just 2.1% and 0.5%, respectively. In all but one of the hot housing markets that are now cooling off, home prices were up 7% or more in the second quarter of this year. Last quarter, however, most rose only 2% or less. In Orlando, home prices climbed 10% in the second quarter but did not grow at all last quarter.

The change in the number of homes for sale is also a good indicator of a slowing market. Areas with high demand are likely to see homes scooped off the market faster than they can be added. Most of these housing markets entered the year strong by this measure. Half of them saw the number of homes on the market drop by more than 20%, compared to the beginning of 2012. In Ventura, the decline was more than 40%. In the most recent quarter, however, inventory rose by at least 10% in all but one of the eight markets. In Ventura, inventory grew by 43%.

Homes in these markets sold very quickly at the beginning of this year, but as these markets have cooled off, it is taking longer to sell a property. In the first quarter of 2013, the median inventory age in these eight metropolitan areas was barely a month. In most of these markets now, that figure has risen to more than 60 days. In the Florida metro areas of Lakeland-Winter Haven and Sarasota-Bradenton, the time it takes to sell a home has roughly tripled since the beginning of the year.

To identify the hot housing markets that are cooling off, 24/7 Wall St. reviewed the markets that were in the top 25 for Realtor.com’s Quarterly Turnaround Town Report rank as of the first quarter of 2013, but fell at least 25 spots by the third quarter of 2013. To rank higher in the turnaround town report, a market needed to have a relatively large increase in median list price and relatively large decreases in inventory and median inventory age. We excluded those markets where home prices rose more than 3% in the most recent quarter. All ranks are out of the 146 large metropolitan areas considered by Realtor.com.

These are the hot housing markets that are cooling down.