The Most Dangerous Holidays in America 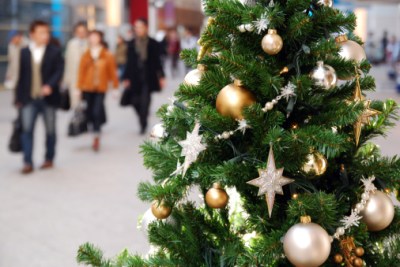 Source: Thinkstock
AAA estimates that during this Christmas and New Year’s season, nearly 95 million Americans will hit the road, traveling long distances to visit friends and family. Unfortunately, during the end-of-year holiday travel period, nearly 27,900 Americans will be seriously injured in auto accidents, and more than 250 will die.

The National Safety Council (NSC) has released reports estimating the number of traffic accidents and fatalities that occur on major holidays, including Christmas, New Year’s, Thanksgiving, Memorial Day, Labor Day, and Independence Day. According to the NSC, the deadliest holiday this year will likely be the Fourth of July, which saw an estimated 540 motorists die during the travel period, which spans roughly four days. 24/7 Wall St. reviewed the NSC’s most recent estimates of motor vehicle accidents and casualties for the six big holidays.

Click here to read the Most Dangerous Holidays In America

Ken Kolosh, manager of statistics at the NSC, explained that while travel during all these major holidays increases, the number of fatalities doesn’t always jump significantly. “The New Year’s holiday generally results in a significant increase in the number of fatalities when looking at a comparable period in same month,“ Kolosh noted. On the other hand, he added that in the case of Christmas, there isn’t a significant increase.

One major reason for the difference may be alcohol consumption. A separate report released by the Council this month shows that holidays like New Year’s Day and Independence Day are more likely to see people drink and drive. During the New Year’s period, between 2007 and 2011, an estimated 42% of traffic fatalities were the result of drinking and driving. On Christmas, just 35% of accidents were the result of drinking and driving, less than any of the major six holidays.

As might be expected, poor weather is regularly a factor in the accidents and deaths on the road. However, according to Kolosh, the actual effects of a severe blizzard on a major holiday are not what you might expect. “It’s a little bit counterintuitive, but good weather in winter months actually results in more fatalities,” he said. The reason for this, he explained, is people are less likely to travel more than absolutely necessary in bad weather.

For each holiday, the number of accidents fluctuates each year. In 2012, there were more than 350 fatalities during the Christmas travel period. This year, the National Safety Council estimates there will be just 105. The figure is lower largely because Christmas falls in the middle of the week and the travel period isn’t spread out over a weekend.

Traffic accidents and deaths during a holiday are also influenced by how many people actually travel that year. According to Kolosh, the strength of the economy influences the amount of driving Americans do. “Macroeconomic issues such as recessions greatly impact fatalities on the road,” he said. “Recessions actually tend to save lives on the road. We’ve reached some really historic lows during the last recession.”

To identify the most dangerous holidays, 24/7 Wall St. reviewed the National Safety Council’s estimates for the six holidays it measures of traffic accidents and fatalities occurring during that holiday travel period. All figures for 2013 and 2014 are estimates from the NSF. Travel periods change year-to-year, depending on which day of the week the holiday occurs. The NSC also estimated the proportion of traffic fatalities caused by alcohol consumption. Those figures are based 2007-2011 averages.

These are the most dangerous holidays