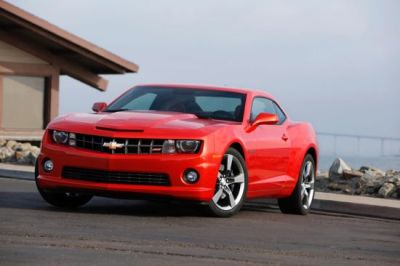 Source: courtesy of General Motors
Everyone knows that as soon as you drive a new car off the lot it loses a portion of its value. That is certainly true, but some vehicles keep their value better than others.

The analysts at Kelley Blue Book (KBB) have ranked the top 10 vehicles based on the projected resale values of dozens of 2014 model year vehicles after five years of ownership. Every one of the top 10 models retains more than 50% of its value after five years.

Conversely, five of the cars with the highest resale value are not among the top 50 best-selling cars. Largely that is due to market demand — there is significantly more demand for a family sedan like the Toyota Camry, the third best-selling car, than there is for a Corvette, ranked fifth for resale value.

As well as drawing up segment winners and an overall top 10 list, KBB also named Toyota as the best brand. In addition to the top spot overall, Toyota claims four of the top 10 slots for resale value.

The folks at KBB explain Toyota’s success simply: “Make a quality product that improves people’s lives, sell it at an affordable price, and make triple-certain that the comfort, reliability and enjoyment last for years.” More than just about anything else, it is this reputation for quality that helped the company get over the recalls it faced in early 2012.

Based on KBB’s numbers, used pickups and SUV/crossovers are retaining their value better than nearly any other vehicle — seven of the top 10 are pickups and light utility vehicles. Industry analysts at KBB suggest that demand has rebounded as gas prices have gone down, but inventory continues to be tight.

When gas prices began to fall, resale value for trucks returned. However, “that scare has discouraged manufacturers from cranking out trucks, and truck volumes continue to be lower than they were before the gas price spike,” said Ibara. “The combination of return to normal demand and shortage is what’s helping keep prices high for resale values.”

Ibara speculated that the relatively small number of muscle cars capitalizes on an unmet need from baby boomers who can now afford to relive their glory days. “The fact that there are only the Camaro, Mustang, and Challenger to fulfill their needs helps to keep these residual values up.” What is interesting, he noted, is that demand has not waned since the Camaro was introduced four years ago. KBB also continues to see high resale values for the Challenger and Corvette.

KBB chooses its top 10 based on its own research. The company’s projections of resale values have long been a standard in the industry. The company ranked vehicles in 22 segments, such as mid-size car, plug-in vehicle and full-size SUV/crossover, to produce the top 10 list. KBB excluded low-volume vehicles and vehicles with a manufacturer’s suggested retail price (MSRP) for the base model of more than $60,000 from consideration, except in the luxury and high-performance categories. 2013 model sales and MSRP are also from KBB.

These are the top 10 cars with the best resale values.