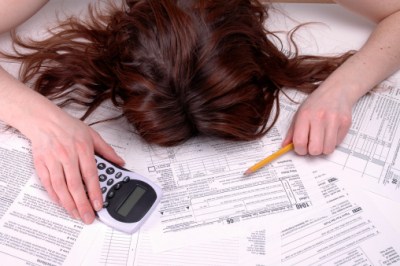 Source: Thinkstock
2014 is already an unusual year, if only for the dozens of tax provisions that lawmakers on Capitol Hill allowed to expire at the end of 2013 – a move that is certain to change your personal tax filings next year.

A fair number of these changes were due to congressional inaction, says Sharon Lassar, director of the School of Accountancy at the University of Denver’s Daniels College of Business. That political gridlock particularly affected what were known as “extenders” – special tax breaks or deductions that Congress extended at one- or two-year intervals, rather than attempt to budget them permanently.

The loss of these extenders, plus the effects of new legislation, means that Americans will have to deal with a number of costly tax changes. 24/7 Wall St. identified seven potentially costly changes in the tax code for 2014.

There are a lot more extenders now than there were 20 years ago. “Every time there’s a new tax bill, a new provision is put into the tax codes,” Dr. Lassar notes. “As the years progress, the number of extenders continue to grow.”

These are seven notable, unexpected or potentially costly tax changes for 2014.