Banks With the Most Branches 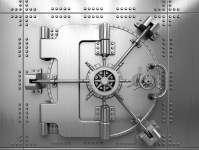 As of June, there were 94,725 bank branches in the United States, according to recently released data from the Federal Deposit Insurance Corporation (FDIC). This represents the lowest reported figure since 2005, as banks have been closing branches across the U.S. in recent years.

Still, there are many banks with a truly massive, nationwide presence. The 10 banks with the most branches together accounted for almost one-third of all locations in the U.S. Wells Fargo (NYSE: WFC) leads the nation, with 6,314 branches. JPMorgan Chase (NYSE: JPM) and Bank of America (NYSE: BAC) also have more than 5,000 branches each. Based on figures from the FDIC, these are the 10 banks with the most U.S. branches.

Click here to see the banks with the most branches

Not only do these banks have a huge physical presence across the United States, but they are also among the largest by a number of metrics. For instance, seven of these 10 banks are also among the 10 largest by total deposits. Three of the banks with the most branches — Bank of America, JPMorgan Chase, and Wells Fargo — had more than $1 trillion in deposits.

A number of these banks are very large in part because of decisions made during the height of the financial crisis. Thomas Crosson, spokesman for the Consumer Bankers Association, which represents the retail operations of the largest banks in the country, told 24/7 Wall St., “The largest banks are the ones who had the ability to make those acquisitions during a tough period of time.” Notable examples include JPMorgan Chase’s acquisition of Washington Mutual from FDIC receivership, and Wells Fargo’s deal to buy Wachovia.

Still, even these big institutions are predominantly cutting branches. In an interview with 24/7 Wall St., Mike Mayo, banking analyst at CLSA Americas, pointed out that banks are both cutting down on risks and growing slowly post-crisis. “The balance sheets and the health of the banks are much stronger, but that comes with the cost of lackluster growth,” he said. Mayo highlighted that “revenues this decade have grown at the slowest pace since the decade of the Great Depression.”

CBA’s Crosson noted that future consolidation may involve more than just shutting branches. Crosson explained that some banks may consolidate due to rising regulatory costs. A recent study by Federal Financial Analytics, a financial policy analytics group, found that measurable regulatory costs at the six global systemically-important banks more than doubled between 2007 and 2013, rising to $70.2 billion last year.

However, banks are not just shrinking their physical presence due to industry headwinds. They are also eliminating bank branches because of the increasing use of mobile banking. Crosson noted that while banks used to compete over who could have the most convenient branch locations, today consumers’ top concern is which bank has the best mobile application.

CLSA’s Mayo also said that the growth of mobile banking has lowered banks’ branch count. And when banks do open facilities, they are often not building traditional 4,000 square foot branches. Today, “touch points include many more downsized branches, one =-half or one third the prior size,” Mayo said.

Mayo added that several trends have contributed to these changes. “Ongoing sluggish topline growth forces banks to become more efficient,” Mayo said. Additionally, it is now “easier for banks to capitalize on new technology to deliver services.” To illustrate, a March study from the Board of Governors of the Federal Reserve noted that more than half of smartphone owners had used mobile banking services in the past 12 months.

Based on figures from the FDIC’s Survey of Deposits, an annual study of all deposits at FDIC-insured financial institutions, 24/7 Wall St. determined the 10 banks with the most branches in the United States. The FDIC is an independent government agency responsible for insuring deposits for up to $250,000, as well as for supervising financial institutions and managing receiverships when banks fail. Figures on bank deposits are also from the FDIC and are current as of June 30, 2014. Data on total bank assets is from the Federal Financial Institutions Examination Council. We utilized figures at bank holding company level because financial firms often own multiple chartered banks.

These are the 10 banks with the most U.S. branches.