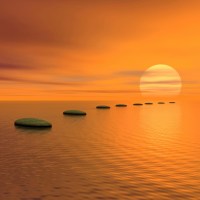 Source: Thinkstock
Well-being captures the happiness of individuals. Not only are happier workers often more productive, but a healthy economy can also improve the well-being of an area’s residents. The measurement of well-being is both complex and extremely diverse across the United States.

No large urban area in the United States had happier residents than the North Port-Sarasota-Bradenton, Florida metropolitan area. On the other hand, the Youngstown-Warren-Boardman, Ohio area had the lowest well-being score in the nation.

The 2014 Gallup-Healthways Well-Being Index measures the well-being of Americans in each metropolitan statistical area based on interviews conducted between January and December, 2014. This year’s index incorporated a range of metrics categorized into five essential elements of well-being: purpose, social, financial, community, and physical. Based on the well-being index, 24/7 Wall St. examined the metro areas with the highest and lowest scores.

Click here to see the happiest cities in America

Click here to see the most miserable cities in America

While Gallup’s index is based in part on subjective survey measures, the respondents’ perceptions are often closely tied to objective outcomes. According to Dan Witters, research director of the Gallup-Healthways Well-Being Index, well-being is closely linked to economic indicators and societal outcomes such as median household income and violent crime.

The five elements in the Gallup Index are interwoven so that a high score in one often leads to a high score in another. Similarly, higher levels of employment in higher paying occupations lead to higher incomes. Those higher incomes generally lead to better health outcomes or at least a better assessment of one’s own health.

Low well-being areas are bad for both employers and employees. Living without a job can lead to discouragement and poor health, which in turn can lead to more sick days and less productivity. According to Witters, economic indicators such as unemployment rates are cyclically related to well-being. “Unemployment is going to drive well-being, but poor well-being is also going to reduce the probability of employment opportunities arising in your community.”

Regional economies are often struggling where well-being is lower. For Witters, this also means that “would-be employers are less likely to come in and invest in something that could potentially revitalize the community.” As a result, the areas with the lowest well-being scores also had slow if not declining population growths. The populations in seven of the lowest well-being areas grew slower than 3.0% from the middle of 2010 through the middle of last year, three of which reported population declines.

The geographical location of these metro areas also played a role. Most of the 10 metros with the highest well-being scores are located in warmer parts of the country, such as California, North Carolina, Texas, Florida, and Hawaii.

Of the 10 metro areas with the lowest scores, five are in Ohio and one each in Florida, Indiana, Michigan, Pennsylvania, and Tennessee.

Ohio appears consistently both as the home to low scoring metros and as among the bottom states for well-being. “It follows [a] general regional pattern [that] starts out in the south along the bible belt, picks up West Virginia, maybe as an honorary member of the south, but then stretches northward up through the industrial midwest,” Witters said.

To determine the happiest and most miserable cities, 24/7 Wall St. used the Gallup-Healthways Well-Being Index. In previous years, Gallup’s survey included all metropolitan statistical areas (MSAs). However, a methodological change confined this year’s results to only the 100 most populous metro areas.

To supplement each city’s index score, we considered income and poverty statistics from the U.S. Census Bureau’s 2013 American Community Survey (ACS). Also from the ACS, we included the share of households that received food stamps, educational attainment rates, and the share of the population without health insurance. We also considered the workforce composition by industry and the population growth from July 2010 through July 2014. Violent crime rates came from the Federal Bureau of Investigation (FBI) and are as of 2013. From the Bureau of Labor Statistics (BLS), we looked at unemployment rates for 2013 (annual average) and December 2014. Regional price parity — a proxy for the cost of living in each area — is from the Bureau of Economic Analysis (BEA) and is as of 2012. All other data were aggregated from the county level using data from County Health Rankings, a program sponsored by the Robert Wood Johnson Foundation.

These are the happiest (and most miserable) states in America.