The Healthiest (and Least Healthy) Countries in the World 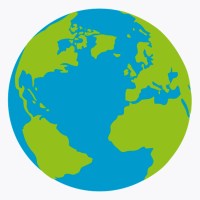 World Health Day is on April 7, and people around the globe are turning their attention to health issues. The global infant mortality rate of 33.6 deaths per 1,000 live births in 2013 has followed a long-term downward trend. Similarly, life expectancy has improved dramatically in recent decades. The improvements were uneven, however, and health conditions continue to vary widely between nations.

In order to assess the overall state of a country’s health, 24/7 Wall St. reviewed a host of factors broadly categorized as health indicators, access measures, or the economy. The healthiest country, Qatar, led the countries reviewed with the highest overall score, while the least healthy country, Sudan, received the lowest score. These are the most and least healthy countries worldwide. (Click here for our complete methodology)

Click here to see the healthiest countries in the world

Click here to see the least healthy countries in the world

According to Gaetan Lafortune, senior economist at the OECD Health Division, life expectancy is perhaps the best way to measure the health of a nation. However, a range of indicators is necessary to capture the complex picture of a national population’s health. Similarly, no single measure can explain a health outcome like life expectancy. Rather, only a wide range of behaviors, infrastructure characteristics, and economic factors can explain the strong or weak health outcomes in a nation.

For example, seven of the healthiest nations reported less than 10 incidents of tuberculosis per 100,000 people in 2013, a fraction of the global rate of 126 incidents of tuberculosis per 100,000 people. While lung diseases and other poor health outcomes were far less common in these nations, risk factors such as smoking were not necessarily less prevalent. The residents of the healthiest nations were actually more likely than most nations reviewed to report a smoking habit.

The quality of a nation’s infrastructure and health system are closely related to a low prevalence of disease. Doctors were far more available in the healthiest countries than in the least healthy ones, for example. The prevalence of physicians in seven of the healthiest countries was at least double the global ratio of 1.52 physicians per 1,000 people. In all of the least healthy countries, on the other hand, there was less than one doctor per 1,000 people.

The quality of infrastructure is also very important for the health of a country’s residents. “Access to clean water in particular is absolutely crucial to avoid all sorts of diseases that lead to death for children and adults,” Lafortune said. In all of the healthiest countries, drinking water is treated before it reaches residents’ homes In half of the least healthy countries, less than half of the drinking water consumed in rural areas was treated.

Health care spending and the availability of resources are also major determining factors of nationwide health. As Lafortune noted, “It is not too good for your health to be poor.” Poor people — in any country — will be in worse health and live shorter lives than rich people.

Of course, high spending does not guarantee strong health outcomes. Annual health spending in the United States totalled $8,895 per capita, more than the spending of all but two other countries reviewed. Yet, the health of U.S. residents was rated worse than 33 other nations.

As Lafortune explained, the return from health spending is far higher in countries already spending very little. For example, immunization rates — which were as low as 25% in the Central African Republic for measles — can be increased dramatically with little resources. “As spending goes up, what becomes more important is the efficiency of the spending,” Lafortune said.

In many of the least healthy countries, living conditions are so poor that “unhealthy” may actually be an understatement. Recent regional violent conflicts may account for a country’s exceptionally low life expectancy much more than other unhealthy behaviors, for example. Four of the least healthy countries — Mozambique, Guinea-Bissau, Yemen, and Sudan — have all been through at least one civil war since 1990. Haiti, while not exactly war torn, is still recovering from a devastating earthquake in 2010 as well as a cholera epidemic that emerged in the aftermath of the natural disaster.

These are the most (and least) healthy countries in the world.